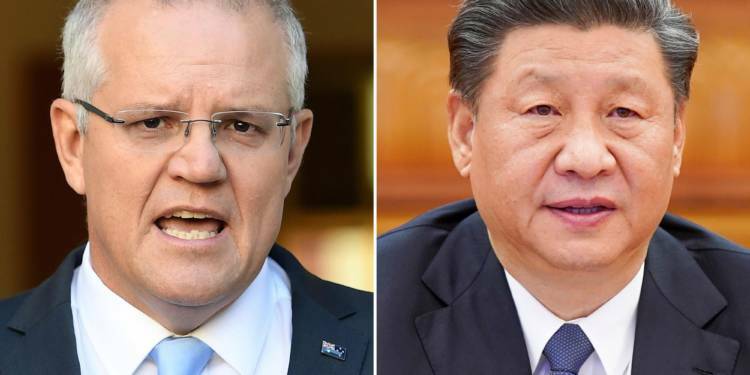 When China hawks like Australian PM Scott Morrison and former US President Donald Trump hadn’t taken leadership of the world, China acquired many strategic assets around the world.

One of such assets is the Darwin port in Australia’s Northern Territory. The strategic port is now in the hands of a Chinese company on a 99-year lease that Australia cannot cancel. This is an apparent security threat for Canberra and its allies. So, Morrison has a new plan- let’s kill the Darwin port altogether.

Australia to kill the Darwin port

Chinese Communist Party (CCP) mouthpiece Global Times recently stated, “Citing clues from the federal budget and a press release from Australian Infrastructure Minister Barnaby Joyce and then confirmation from Australian officials, several Australian media outlets on Thursday reported that the Australian government will announce a new port to be built in the strategically important city of Darwin.”

The CCP mouthpiece, which seems to have been rattled by the latest move, added, “While details remain sketchy if the Australian government follows through with the plan, it would mark Canberra’s renewed attempt to undercut Chinese company Landbridge Group’s 99-year lease over the Port of Darwin.”

Killing the Port of Darwin

As per the Global Times report, “Darwin is a small Australian city with a population of about 150,000 people.”

Naturally, the city of Darwin doesn’t need a second port. One port is more than enough for the city’s shipping grain operations.

So, why does it need a second port? Well, what  Australia could be trying to do is to shift shipping activity away from the Port of Darwin and bring it to the new port instead.

China’s Landbridge could be staring at huge losses

China’s Landbridge Group took over the Port of Darwin’s commercial operations under a 99-year lease in 2015.

Read more: Australia has completely destroyed the Chinese company that took over the Darwin Port in 2015

Landbridge Group has made significant investments in the port during the last six to seven years. The capacity and other facilities of the Port of Darwin have been improved by the Chinese business. The company intends to turn Darwin’s port into a major shipping centre for exporting Australian resources to Asia.

Now, if Australia constructs a new port in Darwin, and as a result, Indian, American, and Japanese corporations begin to use the new port, Landbridge Group may suffer significant losses.

Rather than being a strategic or commercial asset, operating the Port of Darwin may become a burden for the Chinese corporation. The cost of running a port is not insignificant. You must incur significant daily fees to keep the port operational, and if ships do not land at your port, it is effectively a dead investment.

If commercial activities become more of a liability, the Chinese could just depart the Port of Darwin before the 99-year lease expires.

Darwin has always been a strategic location for Canberra. Ever since the Japanese bombing raids of the Second World War, Darwin has had a sense of being  Australia’s “strategic frontline”.

This sentiment has only grown stronger in the context of China’s growing economic and military aggression.

Therefore, when the then Country Liberal Party (CLP) Northern Territory government leased out the Port of Darwin to the Chinese State-owned Landbridge Group, it was described as a major security threat.

The Barack Obama administration in the US too had expressed its disappointment over the move. According to ABC, a former senior defense official involved in the deliberations at the time said that while then Defence chief Mark Binskin was relaxed, however, the official added, “[others] thought it was unnecessary and potentially dangerous.”

The official, who spoke on condition of anonymity, also said that “the potential for port disruption by the operator (Landbridge) at crucial times remains one of my big concerns.”

Australia, on the other hand, is hoping to allay any fears by constructing a second port. Furthermore, constructing a new port near the one currently handled by the Chinese gives Australian security personnel a significant edge. They will be able to keep an eye on the Chinese and anticipate any hostile effort to militarise the strategically positioned port.

Australia cannot lawfully kick China out of the Darwin port. So, it has decided to kill the port itself, once and for all.