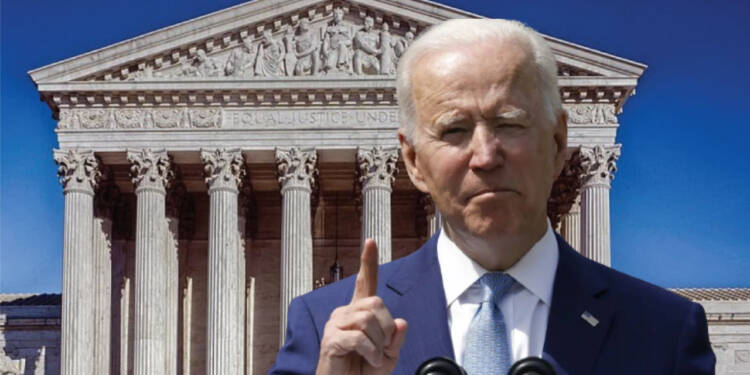 There are some institutions that a country shares in common across political lines. The US Supreme Court is one such institution that has served the country for several hundred years now. It is a shared legacy of the entire country and the Supreme Court judges too are the judges of the entire nation, regardless of their ideological leanings.

A bipartisan bill that was passed in the Senate to ramp up security protections of Supreme Court justices amidst the ongoing pro-abortion protests is now facing delay tactics from House Democrats.

Dubbed the Supreme Court Police Parity Act, the bipartisan measure was introduced by Sen. John Cornyn, R-Texas, and Sen. Chris Coons, D-Del., in the background of the ongoing protests due to a leaked draft opinion from the Supreme Court that signaled to overturn federal protections for abortion granted under Roe v Wade.

Anyhow, the bipartisan bill was supposed to provide around-the-clock security protection to Supreme Court justices and their families. The legislation was supposed to allow Supreme Court police to arrest individuals who interfere with the Court’s ability to perform its duties and also criminalized obstruction in the duties of Supreme Court justices. But the House Democrats have stalled the bill, arguing that it does not go far enough in offering protections to law clerks and staff who “have increasingly faced threats to their physical safety.”

While the Democrats are slowing down the progress of measures to enhance security protection for Supreme Court justices, the Conservative judges of the Supreme Court face a risk to their personal safety.

A protest was held on Monday night at Justice Samuel Alito’s house in Alexandria, Virginia during which far-left extremists chanted, “Abort the court!” The Conservative judge has drafted the initial majority opinion in the abortion case and therefore he is being specifically targeted by left-wing extremists in the US.

On Saturday night, around 100 people marched from the home of another conservative judge, Justice Brett Kavanaugh to Chief Justice John Roberts’ house nearby in Chevy Chase, Maryland.

And it isn’t as if the abortion-rights protests are all peaceful. On Sunday, the headquarters of Wisconsin Family Action, an anti-abortion group, was set on fire by pro-abortion vandals. A message outside the building read, “If abortions aren’t same then you aren’t either.” Now, if similar minds are protesting against conservative judges, you can understand the risk involved.

However, Democrats remain more interested in discussing technicalities than in preventing attacks on conservative judges. After all, the Democrats directly appease the left-leaning pro-abortion groups and are therefore not ready to avoid violence, vandalism, and arson.

In fact, Democrats have been fanning the flames on the abortion issue. President Joe Biden himself slammed the ‘Maga crowd’ instead of condemning the far-left extremists. He said, “What are the next things that are going to be attacked? Because this Maga crowd is really the most extreme political organization that exists in American history. This is about a lot more than abortion… What happens if you have a state change the law, saying that children who are LGBTQ can’t be in classrooms with other children? Is that legit?”

Such exaggerations and speculations are, of course, adding fuel to fire. House Speaker Nancy Pelosi has gone a step further. She openly instigated hatred against the conservative judges by calling the Supreme Court “dangerous to families and to freedoms in our country”. And then there was some impulsive rumoring. She said, “Understand this. This is not just about terminating a pregnancy. This is about contraception, family planning.”

Pelosi added, “This is a place where freedom and the kitchen table, issues of America’s families, come together. What are the decisions that a family makes? What about contraception for young people? It’s beyond just a particular situation. It’s massive in terms of contraception, in vitro fertilization, a woman’s right to decide.”

And wait for it, Chicago Mayor Lori Lightfoot actually made a call to arms. She tweeted, “To my friends in the LGBTQ+ community—the Supreme Court is coming for us next. This moment has to be a call to arms.”

Read more: Lori Lightfoot should be booked for sedition and jailed for life