Pandemic Treaty: Tedros, Fauci, and Big Pharma are planning to enslave the world 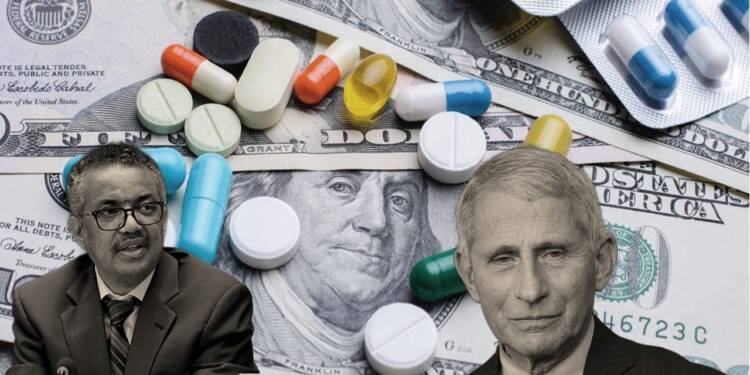 The covid pandemic made the world suffer for more than two years. Millions died and many are currently suffering from long-term ailments. Everyone agrees that the WHO completely failed in planning and implementing the policies amidst this deadly pandemic.

However, it looks like the WHO is not ready to end the pandemic even when we’re seeing a decline in the cases,  cases of serious illness have slumped and the hospitals are not under burden anymore. The WHO wants us to believe that COVID-19 is here to stay.

While it’s true that the coronaviruses tend to mutate from time to time, this does not necessarily mean the pandemic won’t end. We believe this is a new trick by Tedros, Fauci, and Big Pharma to enslave the world.

In December 2021, the World Health Assembly agreed to launch a ‘pandemic treaty’. The treaty emphasized a process to develop a historic global accord on pandemic prevention, preparedness, and response.

Tedros Adhanom Ghebreyesus, who is presently working as the WHO Director-General believes that the treaty is a once-in-a-generation opportunity to strengthen the global health architecture to protect and promote the wellbeing of all people.

However, it isn’t actually accomplishing what he claims. While the COVID-19 pandemic saw a dramatic escalation in the influence of the WHO over the world, especially in developing nations, plans are being made for its powers to be ramped up even further. This treaty will act as a weapon to push WHO’s agenda even more.

What is the WHO’s agenda? Is it China’s hegemony? A big No. it is actually West’s Hegemony.

Read More: Dr. Tedros of WHO has not just caused a pandemic but is also breaking up his own nation Ethiopia

Things were different 20 years ago. The United States and Europe were the sole powers to control the world. Now, there are competitors in South Asia like India, South Korea, and even China.

This pandemic treaty has a clause of ‘response’. This response has the sole power of threatening the entire global population’s freedoms and bodily autonomy. WHO may push the implementation of restrictive lockdowns, mandatory vaccinations, vaccine passports, travel restrictions, and more.

Lockdown and restrictions have proven to be disastrous for the world economy. In India, the first lockdown led to a -23.9% GDP recession -23.9% GDP in Q1 FY2021. Whereas, the world economy slumped by 3.6%. A growing economy is enough to indicate that a country is progressing well. However, the west is concerned that emerging South Asian rivals may soon replace the throne of developed nations.

Tedros sure worked as a Chinese agent, but the WHO is still largely funded by the West. In 2018-2019 US had given the largest share of donations to WHO. Big Pharma Lobby and WHO are good tools that the West believes can be used to curb the growth of developing nations.

Whereas, every foul step made under the pandemic treaty will be justified by Dr. Anthony Fauci.

Read More: Caught between Bourla and Bernie: Joe Biden is trapped in a pharmaceutical mesh of his own making

The Fauci and Media Legitimization

Dr. Fauci would legitimize every effort made by the WHO and the Pharmaceutical Lobby to strengthen the West’s grip over the world.

In the previous two years, Fauci has made so many claims based on scaremongering that most developing countries have turned to the developed world for assistance. In contrast, the liberal media has pushed his agenda by promoting every word of his speeches.

In the pandemic treaty, he will do the same again. From convincing nations to be a part of it, then forcing them to implement non-sense decisions like lockdowns, vaccines, etc.

Read More: Fauci could be the devil doctor for the US, but he is an angel investor for Chinese tech firms

Currently, the west has 3 big guns, Tedros, Fauci, and the pharma lobby. Now it is creating a new weapon known as the ‘Pandemic Treaty’ and it’s clearly not good for the humanity.

The so-called ‘Pandemic Treaty’ is being prepared so that the West can legally bind the countries of the world into following the WHO’s dictatorial decisions in the future.