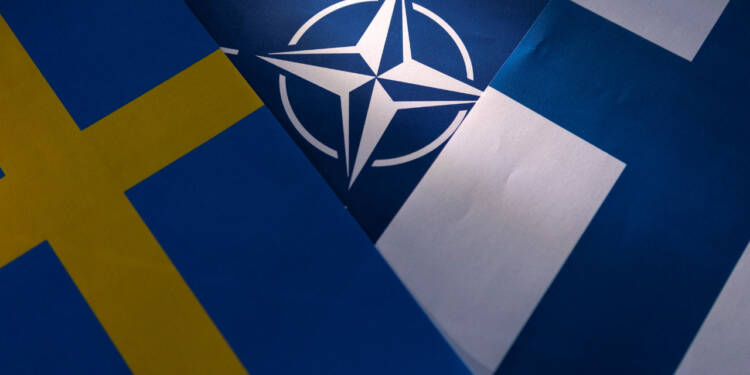 Amid signs of Ukraine losing ground to Russia, the Nordic nations of Sweden and Finland are said to have fast-tracked their bid to formally join the North Atlantic Treaty Organisation (NATO). NATO Secretary-General Jens Stoltenberg has also voiced confidence that the alliance will move to admit Sweden and Finland swiftly. However, that is easier said than done. What stands in the way of Sweden and Finland becoming full-fledged NATO members is Turkey and its president Recep Tayyip Erdoğan.

Turkey throws spanner in the works of Finland and Sweden

Turkey argues that Sweden’s and Finland’s longstanding support to Kurd “terrorists” undermines the country’s national security. Kurdish groups like YPG have always found safe havens in European capitals. Turkey also alleges that the Nordic nations provide safe sanctuaries to the Gulen movement, which Turkey accuses of involvement in a 2016 coup attempt. Turkey’s objection to the Finnish and Swedish membership bid shows that the path to NATO’s expansion is anything but smooth.

But that’s not the only impediment. More countries are now realizing that Sweden’s and Finland’s NATO memberships will come at a dear cost for Europe’s security environment. For instance, Russia has said that it will react “accordingly” to NATO’s expansion bid. “Bolstering military infrastructure in the new Nordic members’ territories would certainly provoke our (Russia’s) response. What that (the response) will be – we will see what threats are created for us…Problems are being created for no reason at all. We shall react accordingly,” the Russian President was quoted as saying by Reuters.

Now, Sweden and Finland themselves have said that they will refrain from bolstering military infrastructure on their soil, even after they enter into the military alliance. The ruling Swedish Democratic Party (SDP) recently announced, “Social Democrats will work to have Sweden express unilateral reservations against the deployment of nuclear weapons and permanent bases on the Swedish territory if NATO approves its membership application.”

Similarly, Finland’s Prime Minister Sanna Marin also dismissed the possibility of stationing NATO’s nuclear weapons on Finnish soil. During an interview with the newspaper Corriere della Sera, Marin said the question of NATO deploying nuclear weapons or opening bases in Finland was not part of Helsinki’s membership negotiations with the military alliance. Finland and Sweden are thus insisting on not antagonizing Putin beyond a limit. However, their assurances are proving scarce to prevent Putin from furthering his geopolitical and security ambitions in the region.

Citing increasing threats from NATO, Russian Defense Minister Sergei Shoigu said on Friday that Moscow would create new military bases in western Russia in response to the expansion of NATO. “By the end of the year, 12 military units and divisions will be established in the Western Military District,” Shoigu said at a meeting in televised remarks. Euronews reported that NATO currently has deployed around 40,000 troops on Russian borders, which Russia sees as a threat to its international boundaries.

The development of Russia building new military bases on NATO borders is a direct result of the reckless expansion bid of NATO countries. Simply put, Europe is lesser secure now. The declaration by Sweden and Finland of not hosting NATO nuclear and military infrastructure makes them a liability for NATO nations. Countries like Austria, Moldova, and Switzerland, which lie in close proximity to Russia and are not part of NATO will be forced to choose sides. This will further destabilize the region and help Russia strengthen its grip.

Speaking of NATO nations bordering Russia, they will also feel threatened at the prospect of Sweden and Finland joining NATO. If Finland, a NATO hopeful nation that shares a 1,340 km long border with Russia, won’t allow the deployment of military infrastructure against Russia, countries like Poland, Bulgaria, Lithuania, Latvia, and Estonia will have to shoulder the burden of defending the two Nordic nations. All in all, the biggest losers of Sweden and Finland joining NATO will be those NATO nations that sit on Russian borders.

NATO is scheduled to meet in June in Madrid for mulling over Finnish and Swedish NATO applications. And by that time, we can see more NATO and EU countries joining Turkey in voicing concerns against admitting the two Nordic nations. Thus, Sweden’s and Finland’s dreams of getting enlisted as formal NATO members might never see the light of the day.