Russia has made China permanently uninvestable 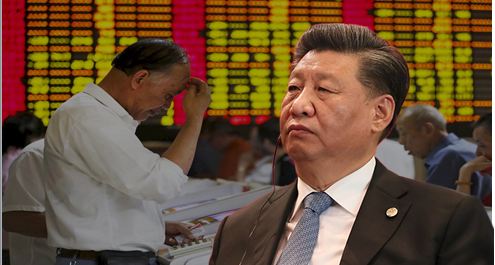 As the Ukraine war continues, investors have decided that they cannot keep investing in an autocratic regime like China. So, they are taking all their money out of the Communist country.

No, it isn’t as if global corporates have suddenly developed a strong sense of morality and respect for democratic values. They are taking their money out of China because they feel that their cash is no longer safe in the Communist country.

China is presently witnessing an unprecedented outflow of foreign capital. Market data shows that foreign investors sold a net $6.04 billion of Chinese stocks and bonds between January and March this year. This is one of the highest outflow quarterly figures recorded by China.

The Institute of Finance released a report in late March that disclosed, “Outflows from China on the scale and intensity we are seeing are unprecedented.” It said that the outflow was “very unusual” as other emerging markets did not record similar outflows.

How many investments has China lost?

So, how big is China’s loss? Well, it is actually way too huge. There was a net outflow of 45.1 billion Yuan in March. The outstanding balance of Chinese bonds held by foreign investors too plunged by 80.3 billion Yuan in February. This was the largest drop since January 2015.

The latest outflow of foreign capital from China, estimated by the selling of stocks and bonds, has outpaced the outflow during the “China Shock” of 2015 and the COVID-19 crisis of 2020.

What is forcing investors to flee from China?

The Institute of International Finance said, “Russia’s invasion of Ukraine may be pushing global markets to look at China in a new light.”

But why? I mean why are those investing in China concerned about what Putin may be doing to Ukraine? How does it matter to them?

Well, investors have seen their fortunes nose-dive in the case of Russia. After the Ukraine war, the EU and the US imposed some tough sanctions on Russia, and investors suddenly found that they will have to pull all their money out of the country. To make matters worse, Moscow started rooting for seizing and nationalizing assets of foreign companies. So, foreign companies that had invested their money in Russia had to suffer some major losses.

Investors have thus realized the perils of investing in a country with an authoritarian regime. Authoritarianism brings along with it uncertainty. If you have invested your money in an authoritarian country, anything can happen. One fine day, the government may decide to go to war or launch an unprecedented invasion. Just like Putin invaded Ukraine, Xi may try to invade Taiwan.

Read more: So how powerful Taiwan really is – Politically, Militarily, and Economically

And what after that? Well, the same old story will repeat itself – sanctions will be imposed and you will be forced to wind up your operations in China. And then, the risk of your assets getting seized and nationalized is always there. It is the businesses that are at the forefront of economic losses in the present-day world.

For many investors, this is becoming a driving factor behind the ongoing exodus of foreign capital from China. An official at a leading Japanese pension fund has been quoted by Nikkei as saying, “We are debating whether we should keep investing in China when concerns are mounting about a possible Chinese invasion of Taiwan.”

Putin’s war against Ukraine could thus leave China high and dry, as investors start fleeing out of the Communist country.