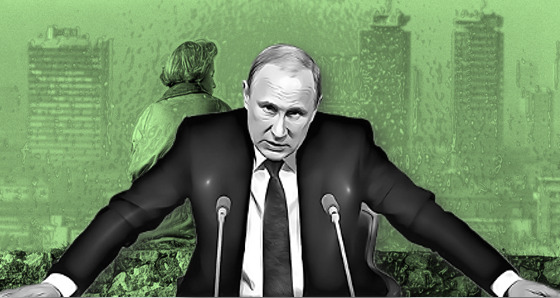 The Russia-Ukraine war has triggered a sense of surprise across the Western world. They wonder why Putin suddenly decided to wage a war against Ukraine. But, Putin actually took a leaf out of NATO’s book and is actively using the Bosnia playbook.

Russia’s war against Ukraine is being described as a full-fledged assault on a sovereign country. The EU and the US claim that Russia’s actions find no parallel in post-Second World War Europe.

Yet, until the 1990s, a Communist country called Yugoslavia used to exist in Southeast Europe and Central Europe. Later, it was renamed as State Union of Serbia and Montenegro.

Throughout the 1990s, the NATO powers helped several constituents of Yugoslavia secede including Slovenia, Croatia, and Bosnia.

Moscow couldn’t even respond to Western military intervention against a Communist State, due to several events including low oil prices and the disintegration of the Soviet Union.

Slovenia and Croatia seceded from Yugoslavia following short wars.  However, a precedent was set in Bosnia. Bosnia & Herzegovina, a former republic of Yugoslavia had a multiethnic population comprising Bosniaks (Bosnian Muslims), Serbs, and Croats with a history of bitter conflicts.

In 1992, the European Community (now European Union) encouraged Bosnia to apply for recognition along the lines of Slovenia and Croatia. Bosnia complied with a successful referendum of independence. It further embittered the fractured relationship among the three ethnicities in Bosnia.

While Serbs sided with the Yugoslav army, Croats and Bosniaks looked for independence. This led to the Bosnia war in 1992. The war would continue to rage for three years. And in 1994 and 1995, NATO bombed Serb forces in Bosnia.

Hundreds of thousands were killed during the three-year war and the Western world muscled its way into the Russian sphere of influence. What would follow is a reckless expansion of the NATO eastwards. Outside of Europe, the US made Bosnia a precedent of sorts and soon we witnessed US forces take down so-called tyrants and wage regime change wars in the Middle East and North Africa.

It seems Putin decided that he too would follow the Bosnia playbook.

Russia annexed Crimea in 2014. Since then, Putin has repeated an argument several times – if Slovenia, Croatia, and Bosnia could secede from their mother nation in the 1990s and if Kosovo could be declared independent with Western backing and military intervention, why can’t Donbas also secede from Ukraine? Why can’t Russia also launch a military invasion and enforce the right of self-determination in eastern Ukraine?

Read more: Trump storms back to US foreign policy by deploying his own envoy to address Kosovo-Serbia ties

If Americans and Europeans were liberators in the 1990s, how come the Russians become tyrants of the 2020s?

Now, the West says that there is a difference. They claim that they were stopping a state-sponsored campaign of ethnic cleansing. And they describe the Russian invasion of Ukraine as an unlawful invasion.

But then, Putin has also described his war as a ‘denazification’ campaign. The Kremlin too claims that it wants to aid the distinct and oppressed Russian-speaking minority in Ukraine. If the West claims that Serb forces subjugated other ethnic communities, Russia also claims that the Azov battalion of Ukraine is a neo-Nazi militia.

The West, of course, labels the Russian narrative as a misinformation campaign. Yet, the Bosnia playbook is being followed in Ukraine. The country is being balkanized. It risks being divided into a pro-Russia East and a pro-NATO West. Putin is successfully playing the Bosnia card on Ukraine.

Tik Tok fails: all you need to know about it