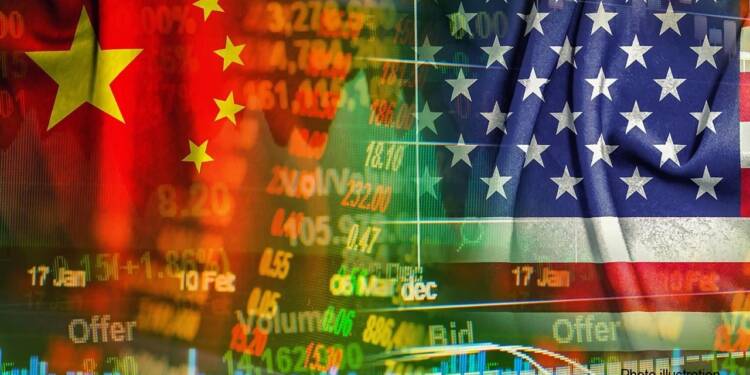 China is looting American investors. These American investors are not big players, mind you. They are ordinary, small-time investors who have gotten caught up in the toxic love affair between the Biden administration and the CCP. There are many other parties to this affair – beginning with the Securities and Exchange Commission (SEC), big banks, the China Securities Regulatory Commission (CSRC), and highly-placed Chinese insiders. These Chinese insiders make use of glaring loopholes in the American market rules and regulations to make big money – at the expense of ordinary American investors.

According to the Epoch Times, China’s corporate insiders are cheating small American investors of billions of dollars through advanced information that enables lucrative trades just before the stock price falls. Between 2016 and 2021, Chinese companies listed on American exchanges have avoided at least $10 billion in losses by selling prior to price drops. Seems natural, right?

You would say that these Chinese companies are just very good with market research. Well, that is not the case. Chinese companies and powerful CCP-linked individuals are preventing losses because they are engaging in explicit insider trading. But that’s not even the worst part. Here’s what is – the White House, SEC, and all of Wall Street knows that Chinese firms are engaging in such insider trading to prevent massive losses.

While Chinese companies and investors can freely engage in insider trading, their American counterparts cannot. Why? Because in 1990, in order to lure foreign companies to list on U.S. exchanges, regulators exempted their executives and major shareholders from the rule that requires shareholders to disclose their trades within two days in a filing that is posted on the Securities and Exchange Commission’s website.

There is another factor that emboldens Chinese shareholders to engage in insider trading. You see, American law enforcement cannot take punitive action against such Chinese criminals. The SEC is practically toothless when it comes to China, and treats Chinese companies with kid gloves.

The fact that Chinese insiders do not have to disclose their trades in a time-bound manner gives them weeks before their trades are eventually discovered, if at all. And then, even if such shady deals are uncovered, their paperwork remains in the hands of the SEC only for three months, after which it is shredded apart.

Had such behavior been encountered by American investors and companies, they would face strict punitive action that would not just hamper their market image and fortunes, but would also land them behind bars. Instead, while American investors are forced to suffer unfair losses, their Chinese counterparts are able to recover all their money just before said stock nosedives.

One would think that the American government is doing something about this menace, right? Well, yes, it is.

The Biden administration has been caught with its pants down as America gets looted by China. It is now public knowledge that Chinese insiders conduct shady deals on American exchanges and are allowed to get away with them.

So, in order to make life easy for the CCP, the Biden administration is in talks with China at this very moment to construct some new loopholes, which ordinary citizens and even market experts would not be able to decipher; but which will allow Chinese insiders to seamlessly continue their loot.

The Chinese economy is unwinding. Chinese companies are living through hell. Their stocks are falling. Yet, American investors are required to sink along with such Chinese companies, while Chinese insiders themselves are able to get rid of sick stocks just at the right time.