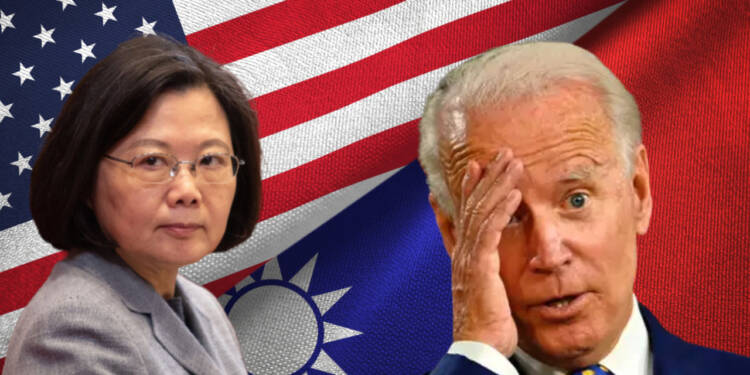 Our sleepy Joe has woken up just before his mid-term elections. So, nowadays he is busy showing the world that he is still active on other issues like sidelining China, strengthening QUAD, and importantly moving ahead with leaders of the Indo-Pacific region.

We all have heard in mainstream media that Joe Biden is looking to introduce an Indo-pacific trade pact. The pact is meant to establish US’s economic strategy for the region sidelining China. Joe Biden has unveiled a list of 13 nations that will be joining this long-anticipated pact.

But, some will get disappointed because the pact is not expected to include a nation that is probably in danger to get invaded. This move shows again, why Joe Biden is not interested in Taiwan at all and why this pact is a joke.

Taiwan will be excluded

The USA has cleared the air that Taiwan is not going to be included as a signatory in the Indo-Pacific trade pact. During his first trip to Japan since taking office, Joe Biden is going to participate in a summit of the “Quad” grouping of countries, where this pact will be announced.

The pact is meant to allow the U.S. to work more closely with key Asian economies on issues like supply chains, digital trade, clean energy, and anti-corruption. Furthermore, keeping Taiwan outside the pact itself is meant to stay away from Chinese aggression as the inclusion of the self-ruled island of Taiwan would have angered China.

CCP has already expressed its discernment before the launch of the pact, has criticized the U.S. effort saying this will fuel tensions even more. Citing the reason for exclusion, Jake Sullivan has stated, that USA does not want to see unilateral changes to the status quo of Taiwan and doesn’t want to see military aggression.

A gap between its foreign policy and its economic goal remains inside the White house. Taiwan’s admission to the Indo-Pacific Economic Framework would have allowed Washington to openly align with Taipei. But, recent actions indicate that Washington does not bother Taiwan’s invasion.

Read More: Biden promised to give Howitzers to Taiwan and then took a massive U-Turn immediately

Is Joe Biden afraid or reluctant to acknowledge the fact that Taiwan needs help, no one knows? But, his ignorance is constant over the matter.

When the framework was announced in March, more than 200 members of Congress signed a letter urging the US Trade Representative and the Department of Commerce to include Taiwan in at least part of the Indo-Pacific Economic Framework. But, the US simply ignored the request. Not only that, but the United States has also repeatedly discarded Taiwan militarily.

Biden’s recent activities in the Indo-Pacific are a farce if Taiwan, which stands to benefit the most from the pact, is left out. Taiwan, which is in critical need of assistance, has no choice but to listen to the United States because it is the only country that has the power to support them right now. Will the United States, however, help them? It doesn’t appear so.