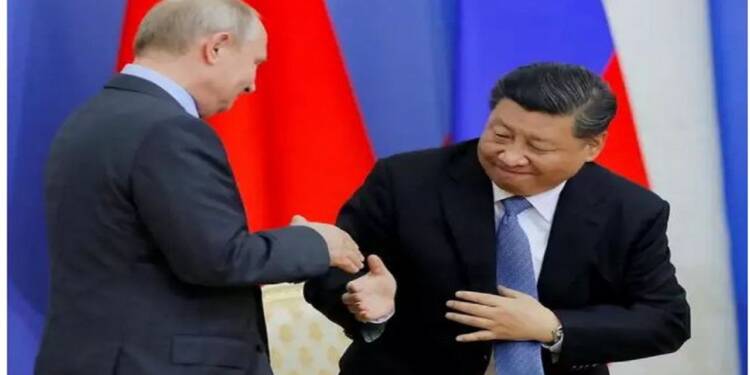 It is an undeniable fact that the Russian Military has won the battle of Mariupol and is in a really strong position inside Ukraine. This is why the west has not uttered a single word on defeat in the region.

Now, the time has come for Putin to pay back to every nation who stood against him during his toughest time. The west is definitely on the list, but China will also get backlashes and insults from Russia and it has already started.

When the war broke out, China saw the wind turning against Russia. The country made a few moves to show the west that it does not support Russia at all. The move was also considered a test of how Russia would react to it.

Remember, Russia asked China for help when it asked for its fighter jets. China clearly denied helping Russia. Although, it was because CCP didn’t want its faulty fighter jets to get exposed in front of the world. But, this move had rattled Russia, like never before.

The answer was given by Putin and it’s hilarious how he trolled China.

The Russian Administration started by insulting the Chinese Ambassador to Russia. Reportedly, Chinese Ambassador Zhang Hanhui, in an interview spoke about trade and economic cooperation under sanctions, and joint projects in the fields of aviation and space, and also confirmed the invariability of the course towards the development of the military-technical partnership.

But, Putin was not ok with it, something hilarious happened in the interview. In the interview, the interviewer kept asking the Ambassador how will China help in bailing out Russia. The face of China got revealed instantly as he kept ignoring the questions.

Zhang Hanhui either ignored questions or stated that China will do whatever serves its interests.

Another question that was raised by the Russian interviewer was, will China able to compensate Russia for possible losses in the European market? The answer was again not straightforward.

The ambassador stated, “In recent years, China and Russia, as important strategic partners in the oil and gas industry, continue to achieve new results in bilateral cooperation. Energy cooperation, in particular oil and gas, has always been and is the most significant, fruitful, and extensive area of ​​business cooperation between China and Russia. Russia has already become one of the key suppliers of oil and gas to China, and China, in turn, is an important market for Russian oil and gas.” The answer had no mention of Europe and how will China help.

China stabbed Russia after the War

The interview basically summed up Sino-Russia relations. When the war started, China was completely standing behind Russia. But, Xi’s casual habit of going rogue against his friends was visible again when it abstained from voting in United Nations for Russia as it has never avoided or voted against Russia.

Then, China terminated UnionPay’s cooperation with Russian banks and ended space ties with Russia citing fears of sanctions. In simple words, China inclined to the west in a bid to make gains and dumped Russia thinking its good days are over.

Read More: It’s official: The war against Russia is orchestrated by EU and US to fill China’s coffers

Putin’s insult to China is only the beginning; you will soon see how Russia criticizes China around the world and makes others pay the price.

Now is the time for Putin to repay every country that spoke out against Russia’s invasion of Ukraine. Mariupol and western Ukraine are in their grasp. On the ground, it’s fairly certain who will win.