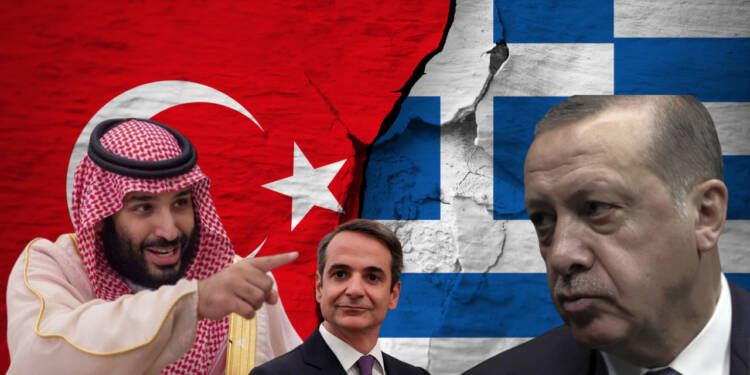 Crown prince MBS is readying a move out of Riyadh for the first time since the outbreak of the interminable pandemic. The kingdom is planning for the first high-level visit in years following the diplomatic imbroglio it ensued after the horrific murder of Jamal Khashoggi inside the Saudi consulate in Istanbul in 2018.

Riyadh has listed down a few countries that MBS is actively looking to mend ties with. Turkey stands the tallest on the list and the meeting between the two leaders is also closely looked at by the international clique.

Ankara has been an annoying friend for Riyadh after the Khashoggi saga. President Erdogan tried all possible ways to close down the escape route for the kingdom and even dragged the United States into the issue to ensure that the kingdom doesn’t go away with impunity. Ever since the embarrassment on the global stage, MBS denounced its relations with Turkey and in spite of everything, Erdogan poised himself as a resolute figure who doesn’t care about what Riyadh does.

It doesn’t take much time to turn any event upside down, and so it happened with Turkey. Lira is on a downfall, and so is Erdogan’s popularity rate, which is dwindling and is causing disturbance for the ruling party. His policy decisions have gone stagnant with the not being that tactful move as a mediator in the Ukraine crisis. Erdogan has now left aside his entitled stand and has zeroed in on MBS as his last hope of sustenance. The Turkish president made a charm offensive with a rare visit to Riyadh two weeks back that got tabloid headlines gleaming.

The intense effort from Erdogan to repair the diplomatic damage is being paid back by the crown prince with a visit to Turkey. But the move will make Erdogan irritated and excluded at the same time by the fact that MBS is also visiting Greece, the current nemesis-in-chief of Turkey. This sheds light on the fact that with every passing day, Greece is perfecting the art of being a true rival to Ankara, and they are really into this fight.

The détente between Saudi and Turkey got the power circles in Ankara gloating about the yet to see golden days of the relationship between the two countries, but all the verve went into the drains after Saudi confirmed an impending visit to Athens. Saudi officials confirmed that the topics to be discussed involved bilateral trade, regional developments, investments and energy projects. Greece has been persistent in its stance on Turkey. The eastern Mediterranean migrant crisis to the Aegean Island maritime dispute still teeters on the diplomatic edge between the two countries.

Greece yet again got into Turkey’s activity with its involvement in Iraqi Kurdistan which led to trade talks dealing with energy transfer. Ankara’s expertise in playing offensive with neighbouring countries got rebounded, with Athens offering a resistance of unprecedented level.

The Ukraine war in some measure has forced Greece to take up the role of a messiah for Bulgaria with the supply of gas. But the capacity in demand is in question, so Athens seeks a safe haven to fill its barrel full in these trying times. There was no need to look for it since the cue was all up infront of them. MBS and Erdogan’s mending ties won’t go well for Greece and the possible coalition could undo all that Greece stood for starting from the maritime dispute to the energy deals.

So, the current move that would see MBS touching Athens will not only be in the annals of diplomatic history but will see a wannabe Khalifa in Erdogan going frantic against the crown prince itself.