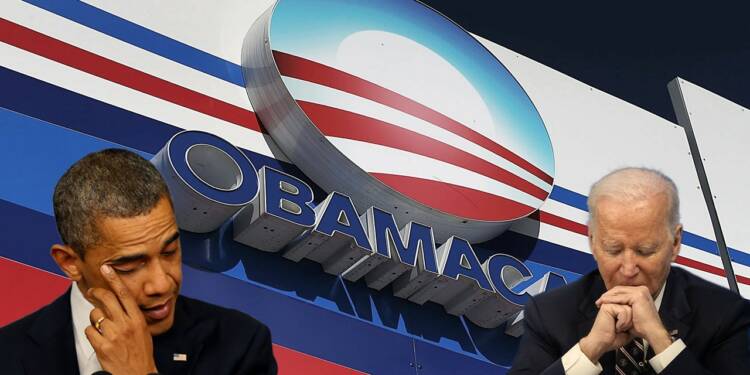 Joe Biden and the Democrats are facing the threat of a political time bomb known as ‘Obamacare’ that might detonate right before November’s midterm elections.

Last year President Joe Biden increased subsidies to cut monthly premiums and make health insurance more affordable for 13 million people buying individual plans under the Affordable Care Act (ACA). For Democrats, this was a significant move to improve the stimulus designed inside Obamacare and widen its access to the middle-class.

However, these healthcare premiums under the Affordable Care Act (ACA), also known as Obamacare, are set to expire in October 2022. Now unless the Democrats revive it again, the funds will not get restored.

The chances of restoration are getting bleak day by day as rumors have started erupting that Obamacare, a fund on which 14.5 million Americans rely is getting canceled before the midterms in 2022.

Obamacare is shutting down

Obamacare is a really important fund for a major chunk of Americans as it helps them to receive medical services without paying heavy premiums of insurance. The temporary scheme that was started back in 2010 is scheduled to be closing on 31st October 2022.

If this fund which had an estimated expenditure of $1.683 trillion in the last 10 years is closed just before the midterms elections, the consequences will be dire for the Americans and even for the Democrat party.

Larry Levitt, vice president for health policy at the Kaiser Family Foundation has explained clearly how Obamacare could be a time bomb for Americans.

If Congress lets the ACA premium help in the American Rescue Plan expire at the end of this year, middle-class people buying their own insurance would be hit hardest.

They could face a double whammy of inflation and the loss of premium assistance, costing thousands of dollars.

Firstly, if the congress that has the power to extend the fund makes it clear that the funds under the ACA will no longer cease to exist, middle-class people buying their insurance would be hit the hardest. They could face a double attack of inflation and the loss of premium assistance, costing them thousands of dollars.

The most catastrophic price increases would be around the corner in states like Georgia, New Hampshire, and Arizona. All of these states are Democrats ruled and are at stake for them in the November midterms. None of the wage earners would be left to not feel the heat of the decision.

Read more: Biden has been consulting Obama. That means Obamacare, Iran nuclear deal, and war in Syria are just around the corner

The move is a Political Suicide

The cancellation of Obamacare just before the midterms would become a major setback for the Democratic party which is already getting certain of defeat in the midterms as Voters would start getting notified about their premium increases in late October due to lack of subsidy. Just before they cast ballots for the November midterms.

And those who are not notified would learn about their insurance bill increases scheduled to kick in next year when they start browsing plans on November 1, the start of the next ACA open enrollment period.

Americans especially the Democrat voters will lose access to government help and would feel the brunt of the increases. If you’re in that situation, you’d see all financial aid removed and your net cost increased pretty dramatically, wouldn’t your discernment get visible?

A similar could happen with Democrat voters. So, Democrats returning to the senate will just become a more difficult task.

Read More: Good News: US budget deficit is falling; Bad News: This happened due to a ‘fraud’

Extending the extra ACA premium assistance beyond this year would result in increased federal spending, which might be covered by tax hikes or lower pharma prices. If the assistance is not extended, ACA consumers will face a premium shock.

Although the 14.5 million ACA enrollees represent a minor percentage of the population, large premium hikes due to expiration subsidies could have far-reaching political implications. The Affordable Care Act (ACA) is a major program for Democrats, and premium hike notices would arrive just before the election.

So, how will Biden cover the plot and make sure democrats triumph in the midterms is surely becoming a more difficult task.