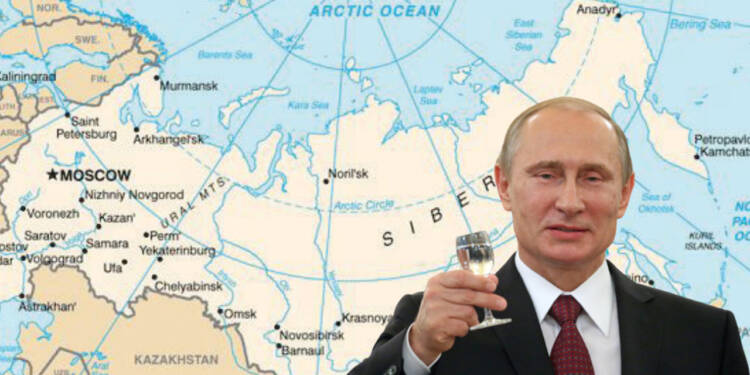 Russia is revising its Marine Doctrine. The objective is to ready its navy for the next war. And Russia believes the next war will be fought nowhere other than in the Arctics. According to Yuri Borisov, Russia’s deputy Prime Minister, the Navy is becoming even more important for Russia. He said, “The revisions of the Marine Doctrine take into account changes in the geopolitical and military-strategical world situation.”

Firstly, let’s go through the proposed changes that the Russian Navy will go through in the coming years. As per the initial details, a higher level of engagement of civilian ships in military activities is recommended. The updated draft reads, “This will allow for the inclusion in the Navy of civilian ships and crews and provide functionality of maritime infrastructure in times of war.”

It’s not new for nations like Russia and China to put civilian ships into military use, but Russia’s new Marine Doctrine lays down guidelines in a clearer manner. Russia might potentially use a huge number of trawlers and fishing boats for military objectives. Many of them operate in international waters, notably those off the coast of Norway. Russia can also militarize its formidable nuclear-powered icebreakers, which are capable of breaking through the thickest sea ice in the Arctic on their own.

It may even designate a stronger military role for its research vessels in the future. This might include the brand new “Severny Polyus,” a ship built to navigate the Arctic Sea ice autonomously for up to two years. According to Yuri Borisov, the Russian Navy will in the course of 2022 get a total of 20 new military ships, as well as five motorboats and 21 support vessels.

Why this war-like preparation?

So, what’s behind this sudden war-like preparation by Russia in the Arctic, when there is already a war going on in the Black Sea and Ukraine. Well, that’s Russia’s chess game against NATO. Russia acknowledges the importance of the Arctic for its economy. It wants to create a Northern Sea Route across the Arctic through which it fancies to dominate the global marine trade. By accelerating its militarization efforts, it wants to exert its first-mover advantage in the region, it intends to draw a red line for NATO.

Read More: Russia gears up to chase Chinese fishing fleets out of Arctic and the Russian Far East

When it comes to the Arctic, Russia is super possessive. Putin wants no country but Russia to expand its influence over there. In 2018, when Beijing announced plans to build the “Polar Silk Road” through the Arctic, Russia was least pleased with the development. China had ignited controversy by calling itself a “near-Arctic” country, even when it’s situated about 900 miles (1,448 km) from the Arctic Circle.

Read More: Russia seals its authority over the Arctic with a $110 billion mega-port on the Taymyr peninsula

NATO’s expansion in the Arctic

It’s important to note that NATO’s expansion towards the Arctic has set alarm bells ringing in Moscow. Finland and Sweden are said to have fast-tracked the process to join NATO, which will escalate tensions in the icy waters of the Arctic. Since, both Finland and Sweden are Arctic nations, Russia is forced to take action to insulate its presence in the region.

In 1867, Russia knows it committed a big blunder by ceding Alaska to the US for a mere $7.2 million. Now, it doesn’t want to commit another, by sitting idle even as NATO expands its tentacles in its front yard. So, Putin’s new Arctic claims are a realization of Russia’s newfound challenges in the region, and its new Marine Doctrine is a blood-curdling warning for NATO.