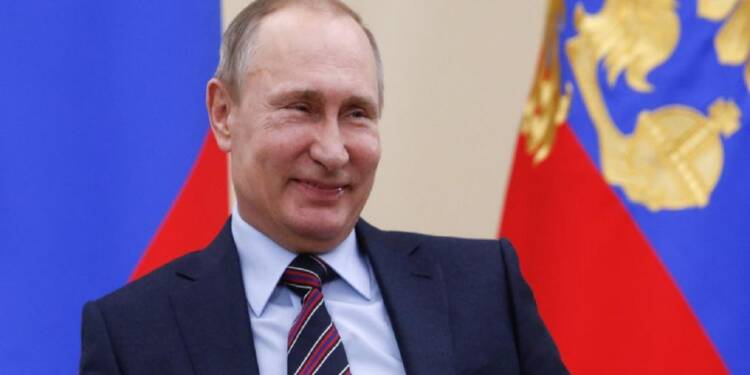 What was the narrative that you were being served by the likes of Joe Biden and other Western leaders when the Ukraine war started? Well, you were being told that Russia would be flooded with tough sanctions and ultimately, the Russian economy will be damaged beyond repair as a consequence for invading Ukraine.

However, Putin has carried through his military operation in Ukraine without any significant problems. And now, he could even sign some grand economic pacts with some major economies despite Western sanctions.

Russian President Vladimir Putin said on Friday that Moscow is looking to sign an economic integration agreement with the United Arab Emirates (UAE). He made the announcement during a speech at the Eurasian Supreme Economic Council, which consists of Russia, Belarus, Kazakhstan, Armenia, and Kyrgyzstan.

He also announced that Moscow was considering signing free trade agreements with Egypt, Indonesia, and Iran.

Slamming the West for its sanctions on the Russian economy, Putin asserted that Western sanctions have harmed the West more than they have harmed Russia. He claimed that Russia is flexible in the face of  “external challenges”.

The development gives us two messages- firstly, some of the major economies are ready to strengthen their ties with Russia with Putin emerging victorious in the ongoing Ukraine war. And secondly, Western sanctions have failed to ravage the Russian economy and Russia hasn’t lost its appeal as an economy to other countries.

Russia not getting isolated

Russia’s plans to sign trade deals and other agreements with four major economies in the world thrash Biden’s claims of totally isolating and cutting off Russia in world politics.

And to be honest, this was clear from the very outset. In April itself, Sylvie Matelly, an International Relations expert, had said, “There’s a very clear isolation of Russia from the Western bloc, especially due to the series of successive sanctions that have complicated commercial and financial exchanges.” She had added, “As for Russia’s isolation on the international scene, the situation is quite different, with a number of very cautious countries that have refused to give in to Western pressure.”

Countries like India, China, Indonesia, and the Arab world have maintained friendly ties with Moscow despite all the pressure that the West kept exerting on them.

The West is living in a delusional world. With attempts to cancel Russia and censor even any mention of Moscow, it is living in the illusion that Russia is isolated. However, the agreement that Moscow is close to signing with four major economies shows that this is far from true.

The other message for the West is that its sanctions have failed and failed terribly. The likes of the UAE, Egypt, and Indonesia aren’t just strengthening their ties with Russia but they are improving their economic ties and trade relations with Moscow. And they are doing it even though they have pre-existing economic ties with the West.

If Russia is arguably the most sanctioned economy in the world, it would seem that the West needs to find a new weapon of economic warfare. The sanctions weapon simply doesn’t work. For Putin, the weak character of Western sanctions isn’t just a victory in the warzone but also in the arena of economic warfare.