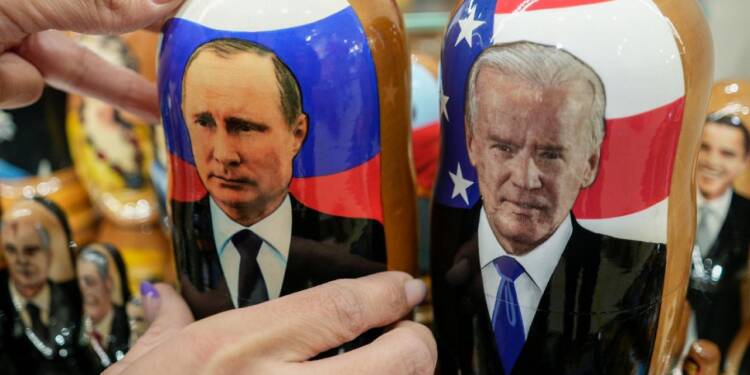 At his age and mind, Biden doesn’t seem to understand simple sentences leave alone the idea of understanding complex geopolitics. And his top three men- Defence Secretary Llyod Austin, Secretary of State Antony Blinken, and National Security Advisor Jake Sullivan haven’t proved to be the masters of the game either. And now, the Biden administration is being checkmated by Putin even as they put their entire focus on Ukraine.

Russian President Vladimir Putin is riding the African safari Right in the middle of the Ukraine offensive, Russia and Cameroon have signed a military agreement for the exchange of information and trading of troops. Such deals have become a common affair on the Continent and already exist in around 20 countries.

The Russia-Cameroon deal was signed last month, even as Joe Biden was trying to convince the world to boycott Putin. But it isn’t as if Cameroon is some sort of an exception. Russia has been able to expand its military, commercial and strategic presence in the African Continent.

Take the case of Mali too, Since France decided to withdraw from the war-torn country, Russia has been supplying it with weapons, military vehicles, and hundreds of Russian military instructors belonging to the famous Wagner Group, a private Russian military force.

And it isn’t as if Biden didn’t see it coming. Through regime changes in some countries and support to vulnerable regimes in others, Russia has been able to farm a lot of presence in countries like Ethiopia, Eretria, and Mali. Meanwhile, Russia remains strong in Libya too.

When a resolution was brought before the UN General Assembly to condemn the Russian invasion of Ukraine, a third of the African countries had decided to abstain. This showed that Putin was actually riding the African safari.

And now, he is tightening the screws.

Biden’s problem is that he is putting all his assets and all his assets in Ukraine. The man lives in an echo chamber of the left-liberal media where all he can hear is Ukraine and Putin’s invasion of the European country.

So, if Africa is slipping away from under his feet, he doesn’t care. He cannot even understand that. He is overwhelmed by terrible conspiracy theories and bizarre predictions about a regime change in Russia or Putin’s mysterious illness. He really thinks that Ukraine is a watershed moment in US-Russia rivalry and that he can actually overthrow the Putin administration by applying sufficient pressure.

On the other hand, Ukraine isn’t even at the top of Putin’s agenda. Ukraine is only as much on Russia’s geopolitical agenda as Syria or Libya or a resource-rich African country.

Read more: One of the deadliest snipers of the world exposes Ukraine’s ‘We are winning’ façade

Putin knows that despite all delusional reports in Western media, he can take control of Ukraine whenever he wants. It isn’t even such a make-or-break war as the Western media portrays it to be.

Read more: Countries who chose Biden over Putin are now suffering their worst ever economic crises

Yet, Moscow is happy if Biden is consumed by his hate for Putin and obsession with Ukraine. Putin is buying time and is consolidating Russia’s hold over other strategic regions and Africa is a glaring example of Putin’s checkmate moves against Biden.