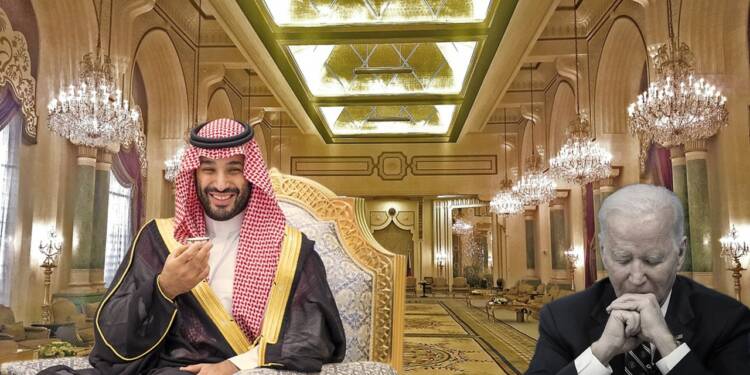 Snubbing over phone calls, distancing themselves from the US line of diplomacy on Russia, and batting away from Biden’s call to be the Russian alternative to oil, the kingdom of Saudi seems to have normalised snubbing of the United States. Even before getting into the realm of power, Biden punctured every kind of diplomatic ties with the kingdom after vowing to take the crown prince to task for the brutal murder of Jamal Khashoggi and even sworn about dragging the kingdom into a pariah state.

But contrary to what he wanted; the Ukraine war descended from nowhere. And it is a common song about how the US likes the fine joy of getting involved in a war. Thus, the US limelight shifted towards the eastern European region where they offered catastrophic consequences for an already battered Ukraine.

With the war prolonging, the demand for oil also called for attention from global superpowers. NATO went toothless, and Biden spoke vaguely about Ukraine’s defeat, and with all this ostensibly Russia with the gung-ho attitude was doing nothing but winning the war. With energy prices skyrocketing and the sanctions doing little, it dawned upon the US that antagonizing Saudi further would do no good in terms of the US interest.

Biden thus soldiered every ounce of self-belief to get in pacts with a country that once he vowed to change into a pariah state. The US president tried reasonable moves to open diplomatic channels to get to cordial terms with MBS. Even though history is chock full of events that saw the crown prince snubbing the US president repeatedly.

Albeit all this, it was the need of the hour for the US to tie up with the middle eastern superpower to have a seat together to discuss the oil deals that concerned all. Biden floated in optimism about watering down the hostility between the two nations but the latest news that emerged indicates, MBS had sent Biden packing again.

The White House has shelved Joe Biden‘s trip to Saudi Arabia after he was slammed over the oil giant’s human rights record. When asked on Friday about the rumoured visit, Biden admitted it was a possibility, but was ‘not sure whether I’m going.’

Read more: What Trump could not achieve, Biden has done with ease. Saudi is going to be best friends with Israel.

The ageing hostility between the two nations does have its share of reasons. US made a big fuss of things with the JCPOA accord and it never ran into Biden’s mind to condemn the Houthi attacks happening within the borders of the kingdom.

Moreover, the latest episode of snubbing is dotted with claims about possible Russian involvement. Russia after discerning about the possible meeting has asked the Saudi kingdom through back channels to ward off from any kind of détente with the United States. It is not that hardest to understand that Saudi is heading toward Russia and anything that Putin wants now, the kingdom will give assent.

Furthermore, we at TFI predicted in one of our articles a month ago that Joe Biden would shortly apologise to Saudi Crown Prince Mohammed Bin Salman (MBS). The event was well into its course to be a reality until it got snubbed again. At the moment MBS is not listening but surely an apology can wait.

Putin’s Houdini Act: Expected at Kharkiv but arrived in Kyiv

Aland Islands want their happy days back. Finland asks why?