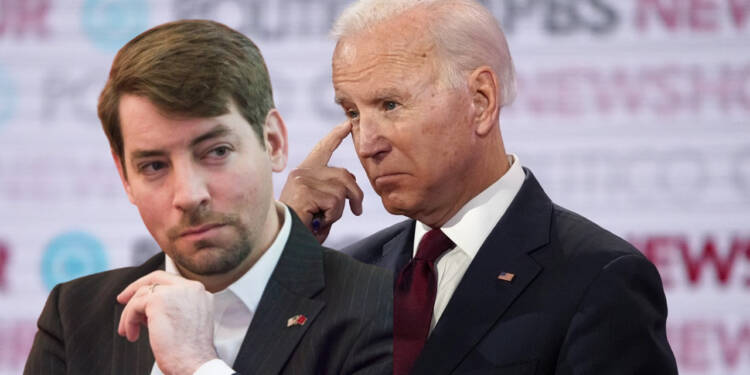 How mortifying it could be for the topmost diplomat to make successive gaffes? Well, maybe not for the US president Joe Biden as he’s never getting bored of making blunders on the world stage, or let’s say he does not want us to get bored of him. Joe Biden is no stranger to gaffes at the podium. From pulling American troops and citizens from Afghanistan during the Taliban invasion to promoting the Mexican First Lady to ‘Mexican President’, he continues to undermine US’ ‘standing’ on the global stage.

Some might ignore these blunders of Biden, but one former Obama administration official is warning that he’s jeopardizing US’s credibility. Brett Bruen, a former foreign service officer who served as former President Barack Obama’s director of global engagement from 2013 to 2015, wrote in a Tuesday OP-ED for USA Today that he used to “cringe” whenever Biden took the podium as vice president.

“Despite all the preparation that went into an event and his remarks, as a staffer on the National Security Council, you never quite know what he might say,” Bruen wrote.

“At times, his offhanded comments could spice up what otherwise would be a pretty boring policy address. Yet, there were other times, too many times, when it could veer into dangerous terrain.”

All are much aware of Biden’s reckless handling of the Afghan-pull out and the Faustian pact with the Taliban. It raised grave questions on the US president’s ability to ensure a moral and ethical obligation on his part to keep Afghans and their rights safely guarded. The inability of Biden’s administration to provide thousands of Afghans with a safe passage who helped the US and allied forces during the war.

“The United States and Mexico are more than good neighbors: we’re genuine true friends, partners, there’s an unshakable bond, strengthened by mutual respect and our shared commitment to prosperity and security of both our nations. It’s not our ‘backyard’, it’s our frontyard, thank you very much, Madame President”, he said, pointing at Müller.

Even at the Cinco de Mayo, Joe Biden didn’t miss to give his fans an opportunity to poke fun at him. While addressing, he called the Mexican first lady Beatriz Gutiérrez Müller “president”. The incident occurred as he was receiving a Mexican delegation in the White House amid Cinco de Mayo celebrations.

Just a few months back Biden raised concerns after his embarrassing blunder when he can be seen repeatedly stumbling on the word ‘kleptocracy’ during a speech asking the US Congress for an additional $133 billion Ukraine aid package.

“Alarming,” Arkansas Senator Tom Cotton tweeted alongside a clip of the concerning slip-up.

“We’re going to seize their yachts, their luxury homes, and other ill-begotten gains of Putin’s kleptoc- — yeah — kleptocracy and klep- — the guys who are the kleptocracies,” Biden told reporters with a self-deprecating chuckle.

“But these are bad guys.”

A few moments earlier, Biden also mistakenly said that the US will “accommodate” the Russian oligarchs “and make sure we take their — take their ill-begotten gains.”

None of this escaped the attention of Biden’s detractors on social media.

Gaffe-prone Joe Biden never loses a single opportunity to be mocked. Well, there’s no wonder when the US president called himself “a gaffe machine” which is evident from the past years when he made a lot of confusing statements, weird gestures, and obvious mistakes during his public speeches. Over such incidents, Obama’s foreign policy chief raised concerns that Biden is deriding the US’s ‘credibility’.