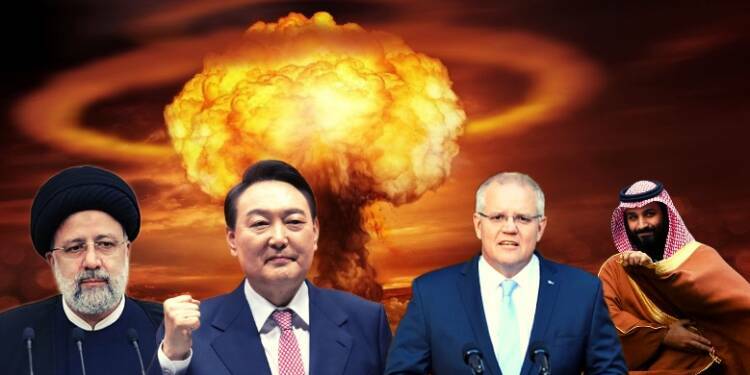 The Americans believed in the necessity of a deadly war system against Japan and Germany during the second world war and that triggered the faster development of the American nuclear program. Likewise, global tensions amid the Cold War pushed powers to develop and increase their nuclear arsenal.

A Sneak Peek at the Numbers

Reports indicate a decline in the total inventory but that is a result of the removal of retired warheads from the service. Global powers are far from decreasing their stockpiles,. Rather, a Cold War-like condition has risen that has the capability to annihilate the entire human race.

Why Are Nations So Obsessed With Acquiring Nuclear Warheads?

The world has now understood what the winners of World War 2 grasped way back. The availability of nuclear power with countries like the USA and Russia gives them hegemony over other weaker nations and ensures the security of their borders by creating a power effect without even exerting it.

Biden’s agenda to push the war has led to the development of an acute security crisis in the world.  All the nuclear-armed powers namely China, the U.K, India, Pakistan, Israel, Russia, the USA, Israel and North Korea have picked up the pace and are inculcating advancements in their respective countries.

Talking about China, satellite images indicate the construction of over 300 new missile silos. Several additional nuclear warheads are thought to have been assigned to operational forces in 2021 following the delivery of new mobile launchers and a submarine.

The UK, in the previous year, decided to increase its stockpile against its years-old policy of disarmament.  Also, France too adopted a project last year to develop a third-generation nuclear-powered ballistic missile submarine (SSBN).

How are the Non-Nuclear Powers Reacting?

Under the AUKUS Pact, the UK and the USA have come together to assist Australia in the development of a nuclear submarine base in order to “deter threats against [Australia’s] national interest in the Indo-Pacific”.

Saudi Arabia in an attempt to counter its rival Iran has been seeking China’s help to develop its nuclear program. Saudi Arabia has possibly believed that this would be the best time to pick up the program given the US would be hesitant to sanction it because of Saudi Arabia’s role in providing crude oil to Europe which nowadays, seems to be a luxury.

Read More: Indo-Pacific has a ‘nuclear’ message for China

Owing to the conditions developed due to the Russo-Ukraine war, Japan, which originally vowed to never tolerate nuclear weapons on its soil, seems to be changing its mind. Former Japanese Prime Minister Shinzo Abe said, “While Japan has three nonnuclear principles, holding discussions on the reality about how the world’s safety has been protected should not be considered to be a taboo.”

Yoon Suk-yeol, South Korea’s President has called for the re-deployment of tactical nuclear weapons by the US in South Korea to prepare themselves against their threatening neighbour in the North.

You see, the world is back again in a nuclear arms race. Biden’s interests in the Ukraine war and his misuse of power would indeed contribute to the slashing of some seconds from the Doomsday Clock.