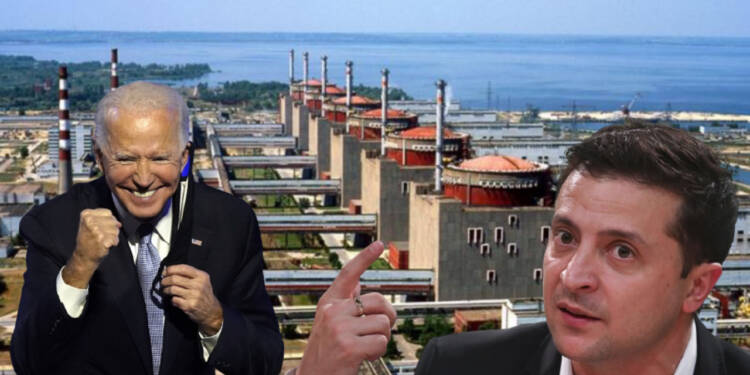 As the Russia-Ukraine conflict reaches 119 days and the world gasps for peace, Biden has planned another disaster.

If the US wanted, the conflict would have been over by now, but it is currently attempting to aggravate the war with all its wicked intentions. And it is doing so by arming Ukraine with nuclear warheads.

U.S and Ukraine know pretty well that Ukraine is losing the war. The US tried all the possible ways to arm Ukraine with all the advanced weapons it had. The US has provided reckless financial and military aid to Ukraine just to defeat Russia in the war. But it failed miserably in all ways to end the war with Russia.

However, the US and Ukraine have come up with a fresh strategy to stop Russian aggression.

It looks like they are left with no choice but to arm Ukraine with nuclear bombs. Yes, they are doing it. They think that if they deploy nuclear weapons in Ukraine, they can stop Russia from continuing the war.

Read More: Is Biden bribing Zelensky and his top aides? History and data suggest so

In the recent development, Westinghouse, a nuclear power firm with headquarters in the United States, and Ukraine’s Energoatom, the National Nuclear Energy Generating Company addressed and discussed bilateral cooperation. As part of the partnership, four more nuclear plants would be constructed in Ukraine. Yes, four more.

However, a few red flags should be noted regarding this collaboration:

These points indeed create a likelihood of the US actually helping Ukraine in arming with the nuclear warheads. Because both US and Ukraine have adopted an overtly anti-Russian attitude, for this, they can go to any extent. And since both of them know that Ukraine is losing the war, this is the only way, they think they can create deterrence, and thus stop the war. So, a Ukraine full of Nuclear weapons is an inevitable reality and the gainers from the above activities will be both US and Ukraine.

And do you know who the losers will be?
It will be the people of Ukraine and the taxpayers of the United States of America.

It looks like the prediction like Ukraine will exist only as a landmass was taken seriously by the US and they want the landmass to be used for their wrongful intentions.