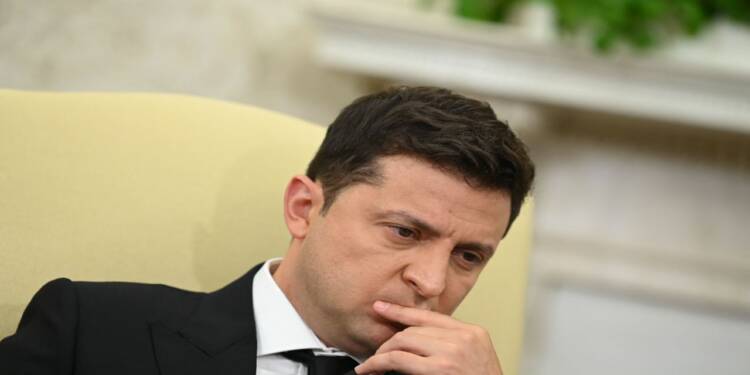 It’s been three months since the war in Ukraine started. The first phase of the Russian offensive neutralized nearly all of Ukraine’s defenses. The air force and navy were wiped out, while the military installations located all over Ukraine suffered massive losses. Civilian infrastructure that could aid the Ukrainian forces was also taken down, and the Ukrainian army was forced to fight bloody, ruthless battles in the very beginning. Now, the Ukrainian army is fatigued, tired, and grossly outnumbered. Yet, the fight is going on – especially in Eastern Ukraine.

The Ukrainian army is now highly fragmented, and operating in terms of singular units. As reported by TFIglobal, the army’s situation is dire. They cannot so much as fire a single shot against Russian positions without first making peace with the fact that the Russians will instantly take their entire unit down because the tank or mortar fire from Ukraine’s side will give away the unit’s position to Russian forces.

Separately, Ukrainian army commanders have abandoned their units. The volunteers who were conscripted to fight against Russia are now losing their zeal, due to a lack of proper military training and equipment. In light of the Ukrainian forces’ current situation, the following three outcomes to the war seem likely:

The longer Ukraine fights Russia, the more devastation it will have to suffer. Remember, Russian territory is not where the war is being waged. It is Ukraine alone that is taking massive hits on a daily basis. Life has been turned upside down across Ukraine. With time, the Ukrainian army will grow even slimmer.

The Russians, meanwhile, can go on fighting. They have the resources to fight and are much more organized than their Ukrainian counterparts. Their supply and logistical issues did face some hiccups initially but have now been fixed.

So, it is highly likely that Ukraine will surrender and lay down its arms before Russia. Then, the two countries will work out a peace deal, in which Kyiv will be forced to accept Moscow’s demands of giving up its desire to join NATO. Ukraine will be demilitarized and turned into a neutral country.

Russia is now focussing on Eastern Ukraine, which means its offensives are now concentrated in the Donetsk and Lugansk oblasts. Collectively, this region is also known as the Donbas, and the majority of the population here speaks Russian. Therefore, for Vladimir Putin, this region is a part of Russia.

Moreover, Ukraine has been accused of massive human rights violations in Donbas. Now, Russia is seeking to annex these regions to prevent the persecution of people at the hands of Ukraine once and for all.

Russia also has control over Mariupol, which helps create a land bridge between Russian territory and Crimea. Russia’s most significant progress of the campaign so far has come in the south. Large swathes of southern Ukraine were captured during the first days of the invasion and remain in Russian hands.

So, if Putin desires, he could declare a ceasefire and annex Southern and Eastern Ukraine when they come under decisive Russian control eventually. This could be the second outcome. That would turn Ukraine into a landlocked country, and Russia could, in the future, again launch an offensive to complete the annexation of the whole of Ukraine.

The War Goes On; Making Ukraine a Relic of the Past

The third possible outcome of the ongoing Ukraine war would be for the war to be dragged on with no end in sight. This would allow Russia to decimate Ukraine as a country since time would be on its side. If Ukraine does not surrender and Putin does not declare a ceasefire, that would essentially mean that the Kremlin is looking to erase Ukraine as an entity from the face of the earth.

Read more: The Ukrainian army has had enough of Zelensky; the mood is changing now

NATO will not come to Ukraine’s rescue. It will not risk an all-out war with Russia and put all countries in Europe at risk for the sake of Ukraine. So, Ukraine will have to face either of the three outcomes that I have laid down before you. Apart from these, there is no other scenario that would prevail in Eastern Europe.

“China is the enemy,” Philippine Navy sends a tough message to the newly elected president

Europe had one supply line for oil; Iran chokes it