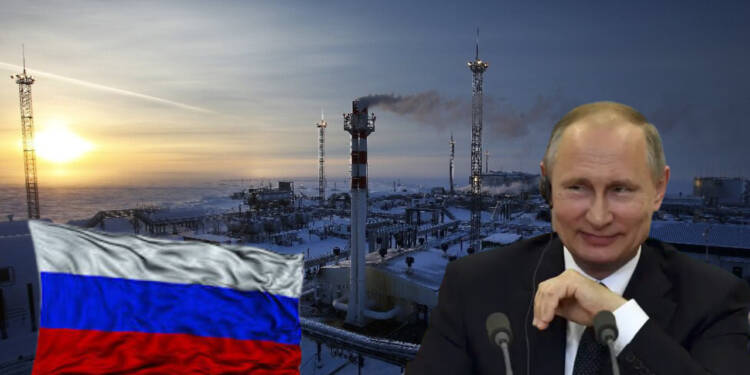 Igor Sechin, a close ally of President Putin since the 90s and the leader of Russia’s most powerful oil company Rosneft has declared intent of developing a giant oil project along the remote shores of the great river Yenisei.

“The only project in the world that can bring a stabilizing effect on the oil market,” Sechin said.

Russian President Vladimir Putin, through the stage of the 25th St.Petersburg Economic Forum that happened from 15-18 June, alerted the world about the West’s “Russophobia” and “tectonic changes” in the world order.

Sechin utilized the stage of the Economic Forum to point the world to the devastating effects of Western sanctions on the global economy. He argued that the powers most severely affected would be the United States and the European Union themselves.

The higher energy prices will mean “economic suicide” for the EU, he argued, and added that it “will lead to poverty in Germany.”

Sechin believes the modern “Noah’s Ark” would be Vostok Oil,  his ambitious project in the Russian Arctic. More than 100 wells are to be drilled as part of the Vostok Oil project. Sechin added that the project includes exports through the Northern Sea Route, and that there consequently “will be no dependency of foreign companies and logistics chains.”

The leader of Rosneft believes that his company has the necessary experience and competency to undertake the ambitious project. He pointed to the availability of almost 98% of required technologies to be present indigenously.

He solidified Russian resilience in the undertaking of the massive project and pointed to the prior deployment of almost 4000 personnel and a couple of thousand pieces of equipment on site. Vostok Oil will reportedly produce as much as 115 million tons of oil per year by the year 2033.

“The project is alive and is developing in accordance with plans, and we have full confidence that it will be completed,” Sechin explained.

The Russian President has already consolidated his interest in the projects in the Arctic way back in April.

“Let me emphasize that Russia is open to joint work with all interested partners in the framework of both current and future programs and projects in the Arctic,” Putin said.