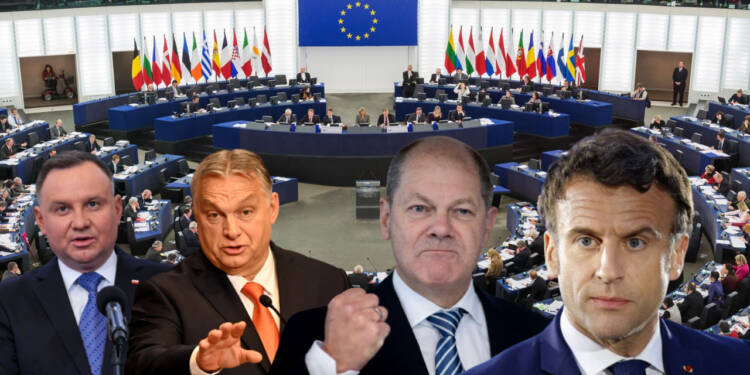 When Europe wanted to put a gas embargo on Russia, Hungary vetoed the decision because of its heavy reliance on Moscow’s gas. Though the move irked European nations and US, it was a rational decision by Hungary to save itself from the economic, social and political challenges it could have faced after the embargo. It was a decision to protect the interest of Hungarians.

You must think that countries in the EU would respect Hungary’s self-interest but ‘NO’. That led to a heated debate in Europe on a constitutional change to deny individual countries of national vetoes in a host of policy areas.

The EU was formed to give citizens a sense of security, justice and freedom. The EU, which had just six founding members in 1957 now has 27 countries. This illustrates the success of the union to some extent.

You see, because of its deeply ingrained treaties, the EU resembles a federation where different nations hold equal power. But that is bound to change soon. A resolution was proposed last month which aims to change EU treaties.

What is considerable is that the resolution was adopted with 355 votes in favour, 154 against and 48 abstentions. This is pretty unfair as the majority of Members of the European Parliament (MEPs) are from countries like Germany, France and Italy which have almost 35 per cent stake in the EU parliament seats. And the bigger countries are vehemently supporting the treaty change. It doesn’t consider the 154 votes by smaller countries in Northern Europe and the Baltics which do not support the inconsiderate and premature attempt for a treaty change.

The resolution proposes 49 recommendations which will destroy what the EU stands for. Firstly, the voting procedures, where unanimity is followed will be changed into qualified majority. The change strips away the rights of smaller countries which may be facing repercussions because of possible decisions. And if a country can’t control its internal matter, it’s a direct attack on its sovereignty.

The EU doesn’t stop here. It goes on to increase its power in cross-border health, economy, social and defense policies. Basically, it is a direct meddling by bigger European nations into the smaller ones.

Furthermore, it forces nations to adapt to a greener approach to life without considering their concerns. Recently, we saw how many European countries turned back to coal power after they started to face the consequences of Russian sanctions. We have also reported how this approach will destroy Germany’s automobile industry.

Besides, it makes the European Parliament, the omnipotent right to initiate, amend or revoke legislation, and with full rights as a co-legislator on the EU budget. It also pledges to strengthen the Union’s founding values. But values according to whom? The bigger countries which want to use the EU for their own malicious objectives or the smaller countries which see the EU as their saviour?

Also Read: NATO is dead, and no one knows it better than its founding member

EU leaders could be sued?

The smaller countries that are against the treaty change have no other option but to agree to it. A constitutional expert told EURACTIV that EU leaders can be sued by the European Court of Justice if they refuse to officially react to EU lawmakers’ official call for the Convention to open EU treaties.

A former liberal MEP Andrew Duff, one of the leading experts on EU treaty and constitutional reform said, “On 9 August [the EU] Parliament can formally call on the Council to act. On 9 October, [it] should sue the Council in the Court of Justice for failure to act on its resolution.”

Hence the council will have no other option but to adhere to the proposed treaty changes. Although, they can object and have formal discussions but well, at their own peril.  “They have to react one way or the other,” Duff further added.