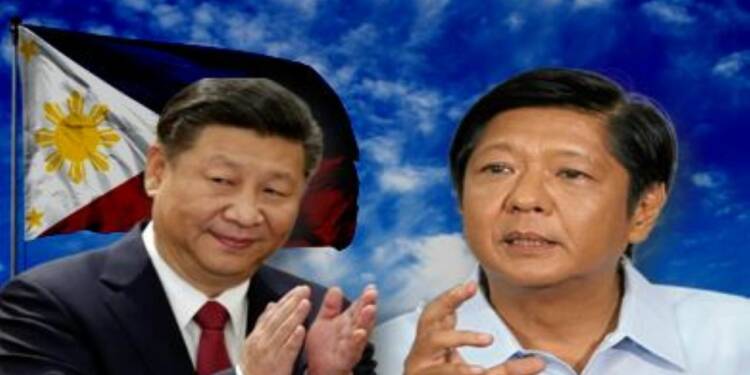 The Philippines is one such nation. But it seems that with incoming President Ferdinand Marcos Jr. Bongbong, the Philippine Sea dispute will eventually settle in Beijing’s favour.

In order to resolve a disagreement about their respective “maritime entitlements” and the legitimacy of Chinese activities in the South China Sea, the Philippines filed an arbitration claim against China at the Permanent Court of Arbitration (PCA) on January 22, 2013.

Despite having so many unresolved issues with Beijing, the Philippines under the outgoing President Rodrigo Duterte pledged to move ahead with joint oil and gas exploration with China in 2018.

He even said that the Philippines’ long-standing dispute with China in the West Philippine Sea (WPS) can only be settled through diplomatic negotiations and “not by force”.

Now, just before leaving office, the Duterte administration has ended all talks with China on conducting joint energy exploration in the South China Sea.

“The President has spoken. I carried out his instructions to the letter. Oil and gas discussions are terminated completely. Nothing is spending. Everything is over,” Teodoro Locsin, the outgoing foreign minister of the Philippines, said recently.

He cited constitutional restraints and concerns about Philippine Sovereignty as the reasons to call this deal off. In essence, Duterte’s action has transferred all control of the matter to Ferdinand Marcos Jr. Bongbong, who will take office after Duterte’s departure.

Yes, we are referring to the same Ferdinand Marcos Jr., who publicly promised to uphold a pro-Beijing foreign policy while downplaying his country’s ties to the US.

In a recent radio interview with DZRH, Marcos claimed that the Philippines’ arbitral victory over China was “not functional” and that a bilateral arrangement with China was the “sole viable alternative” for settling the maritime conflicts.

“I believe we can reach a compromise, he said. In reality, I have been speaking with individuals who work for the Chinese embassy about it.”

“Let’s not talk about war, because that’s not really an option. We must continue to engage the Chinese,” he said, echoing a frequent line from Duterte’s pronouncements on the South China Sea disputes.

You see, under Duterte, the Philippines had made some progress in countering Chinese belligerence.  Yes, Duterte did follow a soft policy on the Beijing front but the Philippine defence establishment remained hawkish on China. It had cooperated with powers like India and Japan to undermine the Chinese and it has also succeeded to some extent.

Bongbong in power as the President could however change everything. China already expects that once Bongbong comes to power, he will sideline the 2016 arbitration award that rejected Chinese claims in the South China Sea. And Beijing also expects that Bongbong will back China’s line on international issues.

In return, China will help the Marcos family strengthen its stronghold in Philippine politics. Make no mistake, Bongbong is a controversial figure in the Philippines. He has a lot of support in the country but he also faces some fierce opposition due to the entire history of his father’s brutal regime. So, Bongbong will need money and muscle to curb dissent and consolidate his political power.

Beijing will give him this money and muscle. The Marcoses are likely to use Chinese money and commercial opportunities for rewarding local elites and rolling out development projects in their home province Ilocos Norte.

There remains no ambiguity that Marcos Jr. is carrying on his father’s legacy of being a steadfast China dove. And Marcos is prepared to retain the strongest connections with Beijing once Duterte exits the office. He would do it outright even if it meant giving China the entire contested sea in order to placate it.