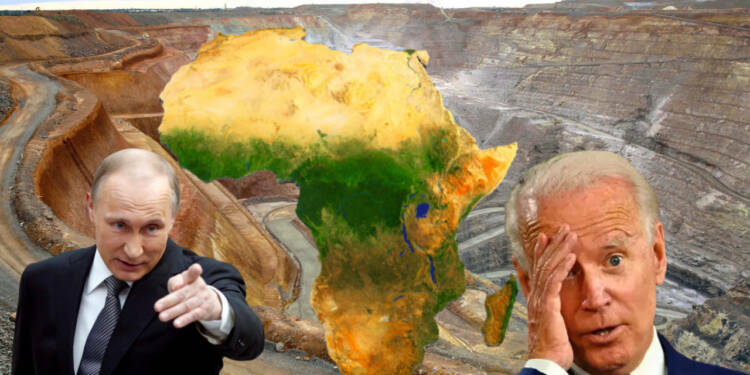 The African country of Uganda is in the limelight again and this time it is literally shining gold. Good news is piling up for Uganda. The country has recently announced the discovery of a deposit of 31 million tonnes of gold ore, with extractable pure gold estimated to gross 320,000 tonnes.

The discovered gold is expected to mine the country in excess of a whopping $12 Trillion. If you are facing difficulty processing how exorbitant the amount is then let me help you. The amount is approximately 4 times India’s annual GDP.

Uganda has also recently witnessed a boost in foreign investments owing to the fresh discovery of hydrocarbon resources in its western region on the border with the Democratic Republic of Congo. Perhaps, the good days for the landlocked country have started.

Read More: Uganda succumbs to China’s debt trap but the ordeal may not last long

The major issue African countries face even after the presence of valuable minerals and metals under their soil is the unavailability of technology and capital for extraction. Major developed countries with the appropriate means are known to have considerable interest in African countries majorly due to their resources.

Moscow has maintained strong relations with Kampala. Uganda’s President Yoweri Museveni did call Russia ‘Europe’s Center Of Gravity,’ and expressed strong support for the Kremlin amid the ongoing war.

Biden has done the damage and it is time for Putin to come into the picture and take steps to strengthen the already powerful Russian economy. Russia’s masterstroke to control a big chunk of the commodity market of the world is making Moscow unbeatable and irreplaceable.

Uganda’s reserves and Moscow’s interest in the region would be a demonstration of a show of strength in this time of crisis. Russia’s interest in Uganda is not newfound. Russian investors backed the first gold refinery in Uganda more than ten years ago.

The refinery, established by Russian-owned Victoria Gold Star Limited, has a capacity to process 1.2 tonnes of raw gold per month, the company’s managing director told Reuters.

Of late, Russia has also taken advantage of loopholes in sanctions and has strategically used its humongous $140 Billion gold reserves to hold down its economic fort. You see, gold is more of an elixir for Russia right now. Since Russia invaded Crimea back in 2014, the Russian state has been constantly working hard to steer its economy against the impact of sanctions. One avenue to do so was to increase its gold reserves, as gold tends to soar in times of conflict.

Putin also understands that the West cannot just sanction commodities such as crude oil, grain and gold because they would have severe repercussions on the global order. This is precisely why Moscow is all set to assist Uganda in its future mining endeavours and parallelly solidify its stronghold on the commodities trade. Africa in general and Uganda, in particular, would soon become one of the strongest allies of Russia.