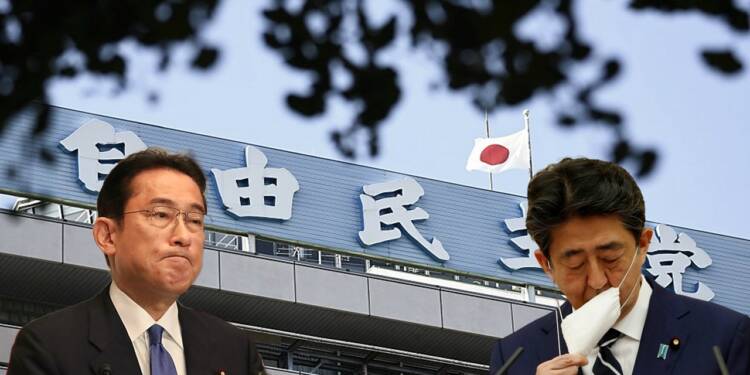 In Japan For the last eight years, Shinzo Abe’s party LDP i.e. Liberal Democratic Party has remained dominant in the house having 113 seats out of 245 alone. Shinzo Abe is still considered a leader of tall stature.

However, the party’s good times are possibly coming to an end. The reason is the current Japanese PM, Fumio Kishida. Japan is not performing well under PM Kishida. The Upper House may slip away from hand of LDP.

According to the most recent opinion polls in Japan, Kishida-led ruling Liberal Democratic Party (LDP) is poised to win 60 of the 124 seats, which is three times more than their closest rival. That’s a good thing, but lower than their performance in the last election.

Reasons are factionalism within the LDP itself. There are disagreements within the LDP between the Pro-Kishida faction and former Prime Minister Shinzo Abe’s faction, most notably over defense spendings of Japan.

The loss of support reflects dissatisfaction among voters over rising prices at the time of the Russia-Ukraine war.

Bank Of Japan (BOJ) has forecasted that 99% of families are expected to experience some or the form of financial hardship. This is all benefiting the main opposition leader Kenta Izumi of the Constitutional Democratic Party of Japan (CDP).

There is a risk rising that LDP may lose voters due to Kishida’s inappropriate approach in the last few months. Voters are being negatively impacted by the local economic problems. Voters would prefer politicians in the run-up to to concentrate on economic matters rather than foreign policy and security.

Read More: Japan has withdrawn a sizeable chunk of its foreign reserves from the US and a domino effect is on the cards

This all is indicating that LDP is weakening ahead of upper house elections. The main opposition party CDP promises to promote initiatives such as temporarily lowering the consumption tax from 10% to 5%. Such initiatives are attracting voters, particularly the young ones who the politicians consider an asset.

The policy blunders by Fumio Kishida in the last four months have already punished Japan badly. Every step taken forward by him in the bid to woo his Western counterparts, has somehow affected Japan in terrible ways.

Siding with the West has given Japan issues such as inflation and a stressful cost of living. If Kishida manages to fend off opposition challenges and improve the LDP’s vote share in next month’s election, he might be able to continue his regime and pursue “new capitalism” fiscal initiatives.

There was an LDP led by Shinzo Abe, that had enough power to turn the tides of any crisis coming to Japan in a few steps. Now, we have Kishida-led LDP, that’s setting a really wrong example for Japan. The LDP is weakening and this is a dent on Abe’s legacy. We can just hope Japan does not enter into a new era of political instability.