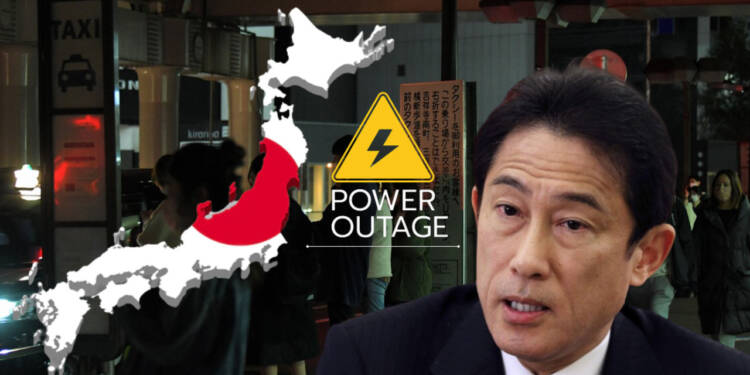 Japan is presently engulfed with strong heat waves. People, in particular the elderly population, have become increasingly susceptible to extreme heat waves. They are being hospitalized due to heat strokes. Due to impending power shortages, the government of Japan is urging its citizens to save energy and refrain from using air conditioners. However, who is to blame for these frequent power outages, especially in a developed nation like Japan?

Japan is heavily dependent on Russia for its energy needs

Japan gets the majority of its energy from other nations. Around 90% of the energy is imported. Over the course of a year, the nation imported more than 180 million metric tonnes of coal, 75 million tonnes of LNG, and 2.5 million barrels of oil every day last year. Amid this, Russia continues to be a key supplier of liquid natural gas. Japan also has a heavy reliance on coal. It is the third-largest importer of coal in the world.

The second-largest coal supplier to Japan is Russia. Furthermore, coal powers about 32% of Japan’s electricity, making it a critical energy source, at par with liquefied natural gas. Additionally, Japan’s reliance on Russian coal imports has increased by over twofold. Around 13% of Japan’s power generation resources—or the coal used in the country’s paper industry—come from Russia.

But in the pursuit of western propaganda against Russia, Kishida since the onset of the Russia-Ukraine conflict has manoeuvred Japan as a staunch anti-Russian force. He is making quick efforts to impress his Western allies. Sanctions against Russia are continuously pushed by his government. Japan sanctioned Russian coal in order to pursue this line. However, Kishida is completely oblivious that his actions are jeopardising Japan’s interests. In addition to destroying Japan’s geopolitical position, Kishida’s tactics are now hurting Japan’s ability to secure its energy supply.

One sows, another reaps

Also, Kishida’s anti-Russia stance may endanger the Sakhalin -1 and Sakhalin-2 projects which are “extremely important” concerning energy security of Japan. Japan could end up paying 33 per cent more annually for imported liquefied natural gas if it abandons Russia’s Sakhalin-2 LNG project, which could be disastrous for the Asian country’s energy-scarce economy. Japan receives over 60% of the 10 million tonnes of LNG produced annually by Sakhalin-2 in the Russian Far East. From this source, Japan receives almost all of its LNG imports from Russia.

But Kishida being Kishida, is blindly adhering to Biden’s propaganda without giving it a second consideration.

But who is footing the bill for Kishida’s actions? Even though Japanese people are experiencing intense heat waves, they are being advised by their government to refrain from using air conditioners. In the midst of warnings of a power shortage in Japan, local officials issued calls for people to minimise their energy usage.

However, this approach of pursuing an anti-Russia stance is in exact opposition to the ones followed by previous Prime Ministers. The stern stance taken by the Kishida government towards Moscow is in direct opposition to the former prime minister Shinzo Abe’s efforts at rapprochement and his long-standing strategy of allying with Russia to isolate China in the region. During his tenure in office, Abe worked to repair ties with Russia, work that the Kishida administration is now pointlessly dismantling.

Abe repeatedly warned and cautioned PM Kishida, but it appears that Kishida completely disregarded him and went into the Ukraine hangover with Biden. The result is not only readily apparent in rising energy insecurity; the Japanese economy may soon be headed for a more catastrophic collapse. Furthermore, based on recent events, only and only Fumio Kishida is to blame for Japan’s economic and foreign policy woes.