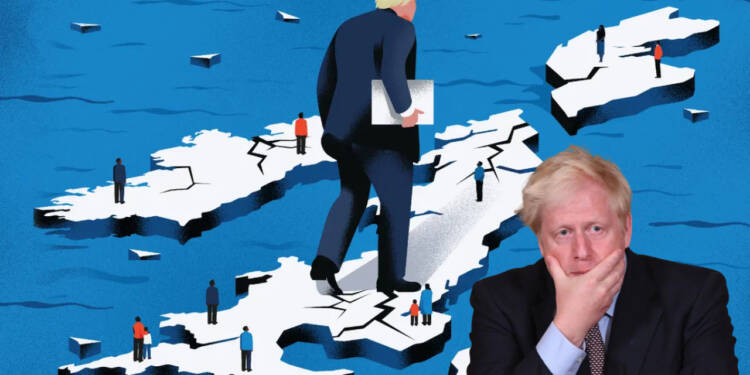 The end of an era. The statement has turned out to be true for the once-powerful United Kingdom, where the sun never set. However, in addition to losing its several colonies after the second world war, the United Kingdom is under the threat of further disintegration. If the current trends keep unfolding, the United Kingdom would not be united anymore and would just be left with good old England and Wales.

Scots Do Not Want To Be United Anymore

Scotland was an independent kingdom for centuries until it was united under the same crown with different legislatures. The two countries had shared a monarch since the Union of the Crowns in 1603, when King James VI of Scotland inherited the English throne from his double first cousin twice removed, Queen Elizabeth I. Later, under the Acts of Union 1707, the two kingdoms were united into one kingdom by the name of Great Britain.

However, the dynamics of Scottish politics have changed. The Scottish people owing to indigenous demand for independence were given a chance for independence through a peaceful referendum in 2014. Although, the popular votes of the Scots went in the favor of the United Kingdom rather than independence.

Things, however, have changed after Brexit. Scottish Businesses and politicians were against the UK exiting the European Union in the first place and voted against it. The local populace feels that they were better off with the European Union due to the benefit of free and simple trade among others.

The Scottish National Party (SNP) leader  First Minister Nicola Sturgeon has for a long time wanted to stage a second referendum on the breakup of the British state. Amidst the constant rejection of permission by the Johnson Government, Sturgeon could approach the Supreme court.

But, even If the Supreme Court does not heed much attention to her claims then the party will be forced to bet its entire political future on a comprehensive sweep of Scotland’s Westminster seats 24 months from now.

Read More: Northern Ireland could soon break away from the United Kingdom

Next In Line – Northern Ireland

Ireland is a part of a former British colony. Northern Ireland allied with Great Britain because of the presence of a majority unionist population on its land. Brexit is slowly becoming the most significant threat to the United Kingdom’s sovereignty.

However, on Monday, The House of Commons, the lower house of the British Parliament, passed a law that amends some provisions of the Northern Ireland Protocol, a trade agreement between the UK and the European Union (EU), as part of the Brexit process.

Read More: Scotland could be an independent nation soon

A recent survey of North Ireland’s populace by pollsters LucidTalk regarding who they trust to forward North Ireland’s interests and to manage trade disputes. Northern Ireland’s business community topped the list with 60 per cent support. The Alliance Party came second with 50 per cent and the pro-EU party, the moderate Irish nationalists of the Social Democratic and Labor Party garnered 47% support.

While the Irish government scored 45% vote, the British government and the Democratic Unionists were an absolute failure in securing public opinion. The unionists were able to garner only 25% support, and ironically the man with the throne Johnson scored only 5%. The figures are an indicator of a severe support crisis for the United Kingdom.

Also in the recent elections, Irish nationalists won 35 seats in the 90-seat assembly and pro-EU politicians from the surging cross-community Alliance Party (17 seats) constitute an unassailable pro-protocol majority. Overwhelming support for Irish nationalism locally supported by their support for the EU has made things a bit tough for London.