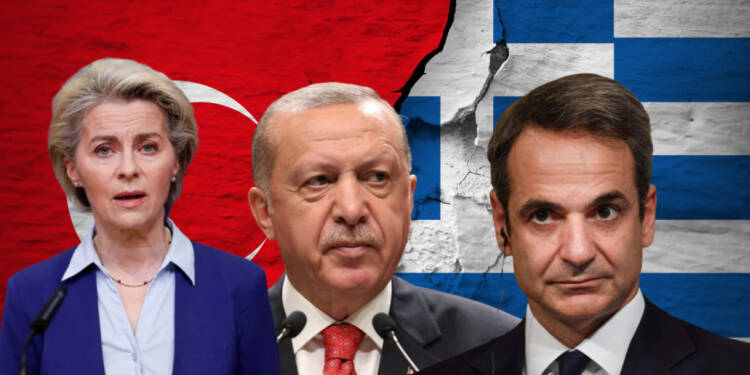 Turkey and Greece have been rivals for a long time due to issues relating to the possession of the Aegean Islands. Greece, an EU and US ally, has continuously enjoyed the support of big powers in its rivalry against Ankara. Greece’s attempt to persuade the US against selling F-16 fighter jets to Turkey a few months ago had angered Turkish President Erdogan and he made the following statement.

“We had agreed to not include third countries in our dispute with him,” Erdogan said on May 23. “Despite this, last week, he (Greek Prime Minister Kyriakos Mitsotakis) had a visit to the U.S. and talked to the Congress and warned them not to give F-16s to us.”

Turkey was on the backfoot till recently because of the absence of any leverage on global powers. However, recent events have given Turkey bargaining power. Western powers are in an attempt to get Sweden and Finland the membership of NATO to provoke Russia and prolong the war for their own benefit.

Although NATO rules do not allow for the inclusion of any new members unless agreed upon unanimously by all the members. Turkey alleged that the nordic countries were supporters of terrorist organisations of Kurds and were therefore against their inclusion in NATO.

After receiving the possibility of receiving the F-16s and striking a deal for the extradition of Kurd terrorists, Erdogan finally lifted his veto, thus allowing membership to the Nordic nations. The EU, however, is still anxious because of Erdogan claiming to back off if the terms of the deal are violated.

Turkey has not adhered to the 2016 EU-Turkey deal which asked it to take measures to stop the migrants’ influx to Greece through its border. In 2021, Greece’s debt-to-GDP ratio was an enormous 198 per cent. According to a report from December 2020, 17.70% of Greece’s population is constantly at risk of poverty. Greece’s Unemployment rate in 2020 was 16.85%. Given these factors, Greece is highly incapable of allowing any more migrants.

Read More: Greece and Italy might soon unleash a huge migrant wave on Europe to teach it a lesson

The geographical position of Turkey and Greece exposes them directly to thousands of migrants from the troubled nations of the Middle east. Athens, unable to take any more migrants is reportedly simply turning them away back into the Aegean sea. Turkey, being in a strong position due to its leverage on the issue of inclusion of the two Nordic countries in NATO, has been pushing Greece to provide “Humanitarian Services.”