Iran and Saudi Arabia have finally become friends in Yemen 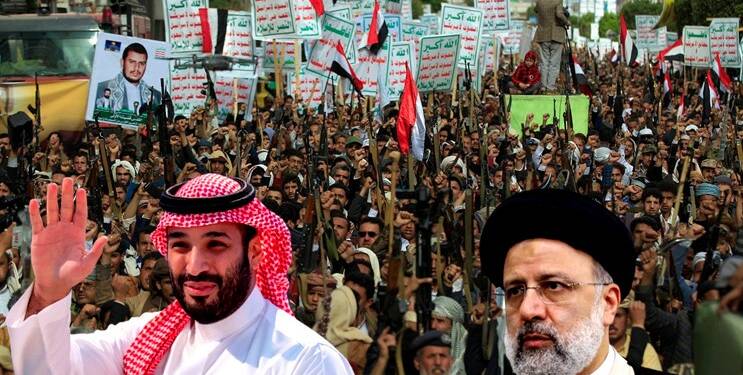 The Middle East seems to be a place where disputes never stop. Most nations are embroiled in a conflict with their neighbours and the influence of foreign powers in the region under the mask of establishing “peace” has only made the situation more troublesome.

However, the unthinkable appears to be working out in another worn-torn middle eastern country Yemen. Old rivals Iran and Saudi Arabia seem to work out their differences through their proxies in Yemen.

You see, two strong neighbours, Saudi Arabia and Iran, are engaged in a ferocious war for regional hegemony. Their long-running animosity is made worse by their divergent religious views. They each adhere to one of the two major schools of Islam; Saudi Arabia considers itself to be the most powerful Sunni Muslim nation, whereas Iran is primarily Shia Muslim. This theological cleavage is echoed in the larger Middle Eastern geography, where there are Shia or Sunni majorities, some of which look to Iran or Saudi Arabia for assistance or leadership. Perhaps, the Middle East’s future may be altered forever by any indication that relations between Saudi Arabia and Iran are beginning to normalise.

Yemen, like its many neighbours, has been the land of constant conflict and war. The conflict in Yemen has been in the running for seven years now. The country, after years of infighting, has been divided into well-armed rival groups with support from international powers like Saudi Arabia, UAE, and Iran.

The Houthis, a group that adheres to the Zaydi Shiite branch of Islam and seek to install a hyper-conservative Islamic theocracy in Yemen, are the major rebel force in the country currently ruling the country’s constitutional capital Sanaa.

The Houthis are the beneficiaries of constant support from Iranian officials. The fall of 2014 saw the rebels seizing control of Sanaa and ousting the President —Abd-Rabbu Mansour Hadi.

This alarmed the Arab kingdom. Riyadh declared that the kingdom won’t allow the establishment of terrorist militias such as “Hezbollah” on its southern border. The constant threat of an Iranian proxy just next to its border troubled the Saudi Government. The ousting of Hadi triggered Riyadh to assemble a military coalition that would defeat the Houthis and restore the legitimate government. Soon Riyadh carried out an aerial assault against the Houthis in Yemen aided by the US in support of Hadi’s government.

Read More: Yemen is a bloody war. Biden is turning it bloodier

Well, almost a decade of violent conflicts has tired out all the parties which are now looking towards a path beneficial for all sides. Saudi Arabia would definitely like to halt the unnecessary drain of resources to counter Houthi aggression. Iran, on the other side, has been isolated due to its nuclear program and is looking to form alliances to counter the aggression of the Western world.

In the midst of the conflict, the Saudis are reportedly pressuring Yemen’s government to mediate a settlement with Iran’s proxies. According to the Houthis, peace could only come about if Saudi Arabia stopped its airstrikes and foreign influence was removed from domestic affairs. Saudi Arabia has therefore toned down its aggression and is putting pressure on the Yemini regime to soften.

The Houthis are being urged by the Iranians to give the government some influence over matters involving aviation and oil tankers. The Houthis are also thinking about reopening the roads leading to Taiz, a former industrial city. It is impressive to see compromises between longtime foes, especially in the days leading up to US President Joe Biden’s upcoming trip to Saudi Arabia.

You see, the Yemeni population is devastated as a result of the violent war. Yemeni cities are under constant threat of siege.  With approximately 13 million children among the 23.7 million people in need of aid, Yemen continues to be one of the most severe humanitarian crises in the world. For the country’s populace, it has been a living hell since the conflict erupted in March 2015. Less than half of health institutions are operating, and many of those that are still in use lack the most basic tools. Many health professionals have gone years without receiving a regular paycheck,

The citizens, who ought to be safeguarded, appear to suffer the most during a war. Perhaps a peace agreement between Saudi Arabia and Iran would not only usher in a period of much-needed exuberance for the Yemenis but might also herald a new era of peace in the Middle East.

Collection of 22 The old man and the sea quotes