Blast from the past: When India gave Qatar a new lease of life after the 2017 blockade 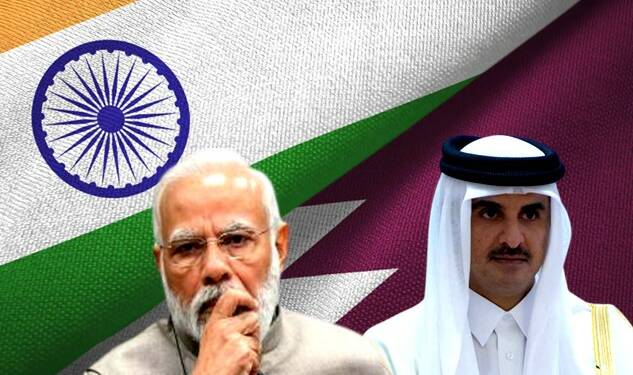 Qatar is consistently portrayed as the most developed nation in the Persian Gulf, one that is also safe, hospitable, kind, and moderate. But this is not the case at all. In its current state, Qatar is the most hazardous nation on earth. Its connections to Al Qaeda are already well known. One of Osama Bin Laden’s business representatives, while testifying before the US Congress, said that the Qatar Charitable Society (QCS) was the terrorist’s largest donor

Besides, Qatar doesn’t share cordial ties with its neighbours either. Conflicts on a variety of issues like support to the Muslim Brotherhood and Iran did make Doha a pariah among the Gulf nations. On 5th June 2017, Qatar suffered a major diplomatic crisis when Bahrain, Egypt, Saudi Arabia, and the United Arab Emirates (UAE) cut off official diplomatic and economic ties with Doha.

Basically, Qatar, a relatively small country that depends heavily on imports for the food security of its 2.7 million residents, was cut off from land and sea by its neighbouring countries. Before the Saudi-Qatar border was closed on 5th  June 2017, Doha imported roughly 90 per cent of its food through the Abu Samra crossing. In the aftermath of the sudden closure of its previous sources, Qatar had to look for alternate sources and restructure routes amid soaring food demand.

Enemies of My Enemies are My Friends

You see, Saudi Arabia and Iran, are engaged in a ferocious war for regional hegemony. Their long-running animosity is made worse by their divergent religious views. They each adhere to one of the two major schools of Islam; Saudi Arabia considers itself to be the most powerful Sunni Muslim nation, whereas Iran is primarily Shia Muslim.

Besides, Saudi Arabia has long named Iran as the biggest threat to stability in the wider Middle East, citing its nuclear program and support for militant proxy groups from Lebanon and Iraq to Yemen.

Chanakya, the famous Indian polymath, in his magnum opus, Arthashastra, remarked, “the enemy’s enemy is a friend”. Perhaps, the same feeling must have run through the Emir’s mind. Sensing the differences between the Arab kingdom and Iran, Qatar started accelerating its diplomatic relations with Tehran. It looked to Iran, to plug the gaps created by the blockade.

Qatari flights were rerouted over Iranian airspace. Iran supported Qatar economically and diplomatically. Tehran regularly delivered food supplies to Qatar, amounting to 1,100 tonnes of fruit and vegetables and 66 tonnes of beef. In a phone discussion with Sheik Tamim on June 25, the then Iranian President Hassan Rouhani condemned the “siege” on Qatar and vowed that “Tehran will stand by Qatar’s government”.

Read More: So, it was China that kicked out Germany from Qatar’s LNG project

India Comes to the Rescue

Iran’s support alone was insufficient for Doha. It was desperately looking for assistance from other powerful nations. While countries like Turkey and Oman did assist Doha, it was India that went above and beyond for Qataris and reorganised supply lines to help Doha bypass the embargo.

India rescued Qatar from the deep slump that it was pushed in by the UAE and Saudi Arabia. India started a new direct maritime line to Qatar to ensure that the supplies to the Gulf country remain intact. The line linked Hamad Port in Qatar with Mundra (Gujarat) and Nhava Sheva Port (Maharashtra) in India.

Make no mistake, Qatar has been largely dependent on India. In 2020 some of the products exported by India to Qatar included rice, jewellery and gold. According to reports, exports from India to Qatar have increased from $29.3 million in 1995 to $ 1.34 billion in 2020.

But, you see this friendship wasn’t reciprocated by Qatar. Qatar is among the few Islamic countries that have censured India over suspended BJP spokesperson Nupur Sharma’s ‘derogatory’ remarks against Prophet Muhammad. Qatar emerged as a leader in “condemnation” against India and even expected an official apology from the government of India.

Qatar may be attempting to play the role of the messiah of the Islamic world right now, but keep in mind that a nation which reacts and strains international ties based on fabricated social media fury will only become an outcast in the near future.

A massive pro-Russia movement has erupted in Bulgaria