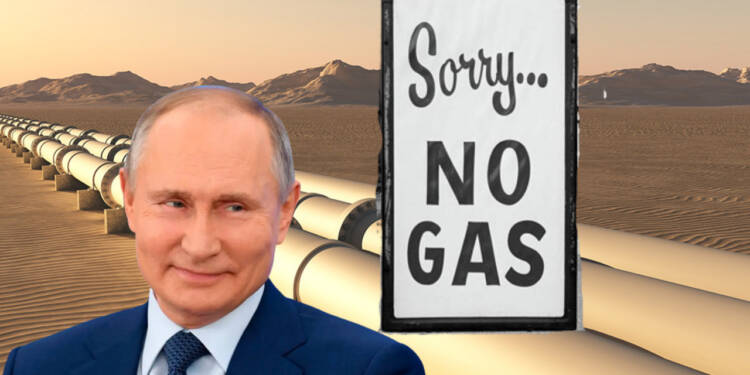 Of late, the central Asian country of Kazakhstan has been beckoning signs of derailing away from the Russian side of diplomacy. The facile comments made by Kazakh president Kassym-Jomart Tokayev on the Ukraine war condemning Russia are an example of its changed stance.

Kazakhstan being a traditional ally of Moscow was expected to adhere close to Moscow’s politics, but the power circles in the central Asian country had other ideas and braved a gamble with Vladimir Putin.

Straight to now, Russia has discerned out the intense game that Kazakh got into and Putin has started repaying his debts to the central Asian country in his heroic best.

Vladimir Putin is an observer at large. Even while mired in a conflict that traverses towards completion, the Kremlin supremo has his eyes set on the all-worldly matters that have got a Russian stake in it. So, it finally fell upon Kazakhstan to experience the taste of Putin’s masculinity that could have been easily avoided if not for the needless bravado from Nur-Sultan.

A court in Russia has ordered a one-month suspension of operations at the pipeline used by Kazakhstan to export the bulk of its oil in a measure that analysts are interpreting as intimidation from Moscow. The Primorsky district court in the southern Russian city of Novorossiysk found that the Caspian Pipeline Consortium (CPC) had allegedly committed environmental violations.

The move from Russia blockading the Caspian pipeline to Kazakhstan is a consequence of Nur-Sultan’s futile moves to emulate a morally superior attitude much like the West. Kazakhstan on July 4th pledged all support for Europe to stabilize its energy market.

In a telephone conversation with EU Council President Charles Michel on July 4, Tokayev pledged to make Kazakhstan’s “hydrocarbon potential available in order to stabilize the situation on global and European [energy] markets.”

Kazakhstan is taking all measures to resume the uninterrupted supply of oil to European consumers following a disruption in the Caspian pipeline, Kazakh Energy Minister Bolat Akchulakov had stated.

Kazakh gets the taste of Russian power

Russia got confounded by the move as it couldn’t sense the sudden volte-face from Nur-Sultan. Even in last year’s sudden upsurge of protest in Kazakh following the rise in prices, President Kassym-Jomart Tokayev picked up the phone to dial Moscow first. Such was the relationship that Putin never gave a second thought when it comes to helping Kazakh since the Russian president see Nur-Sultan as a den of opportunities for Russia, both economically and politically.

But Kazakh was displaying traits not on the expected lines of Russia and it invariably gave a bruise to the long-held bonhomie with Vladimir Putin. Nevertheless, The Russian president is a man who has perfected the art of political repaying, and his riotous self got activated by Kazakhstan’s shenanigans.

Artur Shakhnazaryan, an energy expert, said the shutdown of the Caspian Pipeline Consortium (CPC) should be read less as an attack on Kazakhstan and more as a counterstrike against Western efforts to stem the supply of industrial inputs to Russia’s energy industry.

The Caspian pipeline, which passes through Kazakh and Russian territory and whose main shareholders are Russia (31%), Kazakhstan (21%) and the American oil giant Chevron (15%), is more than 1,500 kilometres long and can transport up to 67 million tons annually.

The overall episode thus gleams the sly messaging that Russia intents to give to Nur-Sultan and the West. No charity to Europe is expected from an ally of Russia and if the central Asian country has the riches to make a move again Russia, be sure that you win. If not, the result will go agonizingly bad with Kremlin having the last laugh.