Why has BRICS become so popular among the developing world after the Russia-Ukraine war? 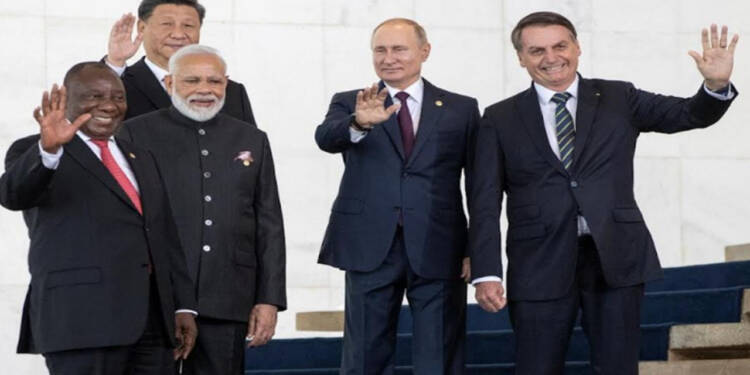 Following Iran’s, Argentina’s, and now Saudi Arabia’s statements of interest in joining the group, it appears that the majority of developing economies now regard the BRICS as the most dependable group.

Particularly after following the conflict between Russia and Ukraine, the developing world has demonstrated its preference for the BRICS. But why have these nations expressed an interest in doing so? Let’s take a closer look at the BRICS before finding an answer to this question.

The BRICS countries comprise a potent group in terms of global power rankings from an economic, military, technological, social, and cultural perspective. They make up more than 40% of the world’s population and occupy more than a quarter of its landmass across three continents, with an estimated combined population of 3.23 billion. It has India and China, the two nations with the greatest economic growth in the world, account for more than 25% of the total GDP, or $23.53 trillion.

However, in the West-dominated world, BRICS has only regional significance rather than a worldwide hegemony.

The BRICS bloc, however, has a fantastic opportunity to challenge western hegemony since the geopolitical landscape is set to alter as a result of the crisis between Ukraine and Russia.

In fact, there is a significant likelihood that BRICS may grow into a strong bloc given that Saudi Arabia, Argentina, and Iran have lately expressed an interest to join it.

But the crucial question here is why nations like Saudi Arabia and Iran are eager to join the alliance? Russia, India, and China are the three major powers that make up the BRICS bloc.

Unity among the BRICS nations is crucial right now, especially in light of the conflict between Russia and Ukraine. Countries like China and India adopted a neutral posture when the war first broke out. They both chose not to participate in the vote on the UNSC resolution denouncing the Russian invasion of Ukraine. Therefore, both of these Asian powers disregarded the propaganda that was directed by the West to go against Russia.

The  BRICS partners stood by Russia to counter sanctions, thereby in confrontation with the US and EU.

They dealt with Russia in Oil and Gas. And despite this, the US-led West could not do much against China and India. With the West penalizing Russia, these two nations could easily withstand the burden of rising oil and gas prices. All of this was made possible by their favorable commercial relations with Russia. However, every country that adhered to western propaganda and imposed sanctions on Russia suffered horribly. They saw the highest inflation rates in recorded history.

And if we talk about Russia, it has been an established fact that Russia could easily bypass the Western sanctions imposed on it amid the conflict. It is evident from the fact that the value of the Russian ruble is at its all-time high.

Read more: BRICS could be the most important grouping but there is one big hindrance

Therefore, this cannot be denied that the countries like Saudi Arabia, Iran, and Argentina see the BRIC bloc as a more reliable and trustworthy partner. Unquestionably, the current context is excellent for a reckoning of the BRICS countries, particularly in light of their frequently tense ties with the West. It is now imperative that the BRICS and other like-minded nations work diligently to establish a second economic bloc independent of US-led institutions and the dollar.

China is the only obstacle in this, though. As was indicated in one of our earlier pieces, China’s disputes with India prevent the BRICS bloc from developing into a strong alliance. Therefore, if China and India truly want to establish global hegemony, they must fully comprehend the situation and closely cooperate with its BRICS allies.

‘Russian gas is eco-friendly,’ EU’s new declaration is its meek surrender before Russia