Hunger in Africa was a blessing, not for the world but for the United Nations 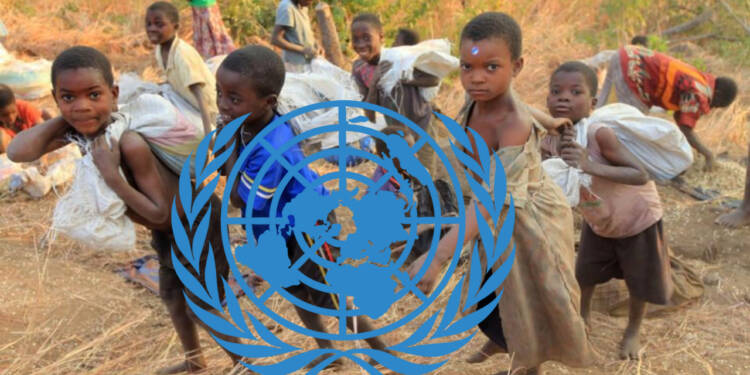 Hunger has become a tough nut to crack in Africa ever since the two countries- Russia and Ukraine went to war. Ukraine has distorted the supplies or let’s say completely forbidden food supplies outside its territory. After Russia invaded Ukraine, the latter halted wheat grain and fertilizer supplies to other importing countries which led to a severe hunger crisis in parts of the globe- especially in the resource-rich continent. Africa which already is marred with the hunger crisis due to various other factors went a cut above the others. But, it seems that the war-torn country is still not getting over curdling the continent’s blood.

At such times of crisis what is obvious for the world to expect out of the United Nations is to bring aid out of its own accord for the hunger-stricken continent Africa. In lieu, the UN seems to be saving its breath. To help a country to batten down such hatches, the UN could be a good scout but maybe the UN has an all different stance on the issue. Let’s dig up dirt.

Africa is reeling under a severe hunger crisis but if the world is expecting the UN to render some aid to the continent then maybe you are backing the wrong horse. The UN heralds hunger as the “foundation of wealth” and a means to bolster the global economy.

A 2009 op-ed published by the UN discussed the positive values of hunger and how it can be productive for many people. According to the UN report, many essential low-paying jobs would remain vacant, giving rise to labor shortages and in turn, the global economy would cease to exist.

According to George Kent, the political science professor at the University of Hawaii who wrote the November 2021 UN declaration, hunger must be kept alive in order to take advantage of manual labour.

“We sometimes talk about hunger in the world as if it were a scourge that all of us want to see abolished, viewing it as compared with the plague or aids. But that naïve view prevents us from coming to grips with what causes and sustains hunger. Hunger has a great positive value to many people,” Kent notes. “Indeed, it is fundamental to the working of the world’s economy. Hungry people are the most productive people, especially where there is a need for manual labour.”

“We in developed countries sometimes see poor people by the roadside holding up signs saying ‘Will Work For Food.” According to the UN, most people work to get food and quench their hunger. They sell their services to others in order to either produce food for themselves or earn money to buy food. The UN believes that people won’t sell their services if there wasn’t a hunger threat looming over their heads.

“More importantly, how many of us would sell our services so cheaply if it were not for the threat of hunger? When we sell ourselves cheaply, we enrich others, those who own factories, the machines, and the lands, and ultimately own the people who work for them. For those who depend on the availability of cheap labour, hunger is the foundation of wealth.”

The UN suggested that people who are deprived of nourishment have a stronger drive to work. “Slaves to hunger” are “assets” to “people at the high end,” Kent concluded.

The UN believes that for the people at the high end of the social ladder, ending hunger globally would be a disaster. Because if there was no hunger, there would be no one to plow the fields, harvest vegetables, and clean toilets.

The article got scrubbed by the UN

It seems that the UN was aware of the flak that the op-ed would drive after it got viral post-Africa’s hunger crisis. The UN soon took down the 13-year-old article “The Benefits of World Hunger” as it was sure to be like a red rag to a bull.

Nord Stream 1 will soon see a return. Zelensky can’t help but only be infuriated