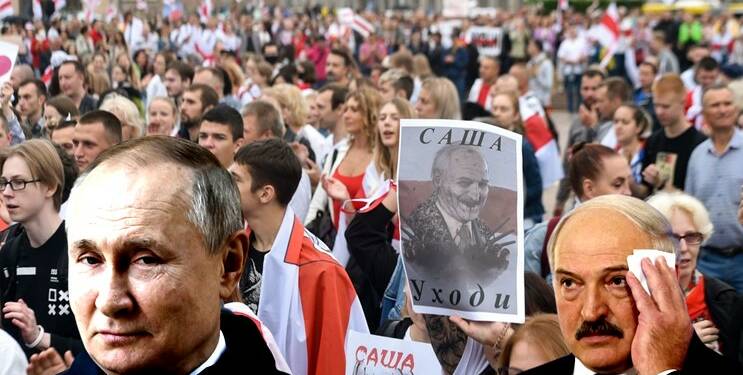 In the last 28 years of his power, Lukashenko has made a strong grip on Belarus by manoeuvring adroitly between East and West, playing each side off against the other as he extracted favours from both and resisted pressure from either that threatened his authority.

But Belarusians want him to get out of the office as soon as possible. In 2020, when the public sentiment against Lukashenko was at an all-time high, it was Putin who saved his chair. Since then, Lukashenko and Putin have been labelled as bonhomies.

Lukashenko was saved for a purpose — to help Russia during tough times and to unify in near future. The Russia-Ukraine war has just set unification in motion. But, make no mistake, under Putin’s reign, Lukashenko won’t be the President or even the mayor of the Belarussian State.

See, Belarus was a part of the Soviet Union and became an independent country in 1991, after the USSR collapsed. Since then, Belarus has maintained close economic and political ties with Russia.

But has Lukashenko always been Pro-Russia? Never. The President of Belarus, Lukashenko played his country as something of a neutral state. He used to side with Russia or Western nations as per his whims.

But a key turning point in Belarusian foreign policy came in 2020 after Lukashenko declared victory in a controversial, disputed presidential election. In Belarus, there were widespread protests that the West formally recognized as legitimate. Security forces made thousands of arrests during these weeks-long protests, but they were unable to disperse the sizable crowds of protesters in Minsk, the country’s capital.

This was probably the first time that Lukashenko had to face the strongest discontent against him. Hence, he turned to Putin for assistance. Putin then followed through, saying that the Russian military was prepared to step in “if required”.

This ended all the relations between the West and Belarus. Western nations further bombarded Belarus with numerous sanctions.

Right now, the relations between Russia and Belarus are so strong that Western nations believe, Belarus will indeed fight alongside Russia if a full-blown war broke out between NATO and Russia. But, Moscow has different plans for Belarus. Lukashenko believes that Putin is a sort of an entourage for his nation.  Russia, on the other hand, wants to annex Belarus.

Read More: Ukraine war has made Putin extremely popular in Belarus, and unification with Russia is on the cards

Russia has repeatedly stated its desire to annexe Belarus. Putin has never kept his intentions under the shadow.

A few days ago, Russian President Vladimir Putin claimed that the Western response to the war in Ukraine pushed Russia and Belarus towards unification.

You see, Putin believes that it will be easier to minimize the damage from illegal sanctions by mastering the production of demanded products, developing new competencies and expanding cooperation with friendly countries. He has been eyeing to make Belarus a Russian territory for a long time, and now he has openly started to mention it.

The deploring state of Lukashenko and Flip-flop nature

In addition, Belarusian President Lukashenko is extremely unpopular in Belarus. Being a dictator, Lukashenko never allowed the tumultuous privatization route that many post-Soviet countries adopted. Moreover, Lukashenko did a total crackdown on his opposition leaders back in 2020, along with a pro-democracy blogger, who was barred from elections.

The protests in 2020 had enough strength to throw away Lukashenko. But, Russia saved Lukashenko at the very last moment by helping Lukashenko stabilise the law and order of the nation.

Belarusian President Alexander Lukashenko has also shown interest in unification with Moscow after Putin backed him during Minsk’s crackdown on anti-government protests. But, it is highly unlikely Putin will let him continue on his chair after unification.

Several times, Lukashenko has irked a tone different from what Moscow expects it to say. In November 2021, Vladimir Putin literally issued a dire warning to his Belarusian counterpart Alexander Lukashenko over the latter’s threat to cut off gas supplies to the European Union.

Putin stated that any further escalation with Europe will lead to a break in ties. Not only this, even Lukashenko had expressed unease with Russia on many occasions, especially during the Russia-Ukraine war.

Lukashenko signalled his unease over how the war in Ukraine is unfolding. Despite being Moscow’s only ally in Europe, Lukashenko has lamented that Russian President Vladimir Putin’s military campaign is “dragging on,” and asked the West to not believe Belarus is a part of it yet.

To make a long story short, the Belarussian President and Russian President are allies for the time being. Lukashenko’s flip-flop nature and deploring popularity in Belarus will make it really difficult for Putin to accept him as head of Belarus.

Some 34 Jump Quotes That May Help You Jump

Hunger in Africa was a blessing, not for the world but for the United Nations