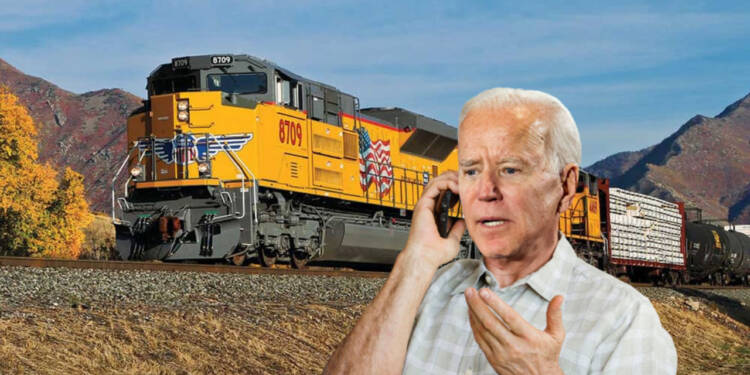 U.S business community which is already navigating a difficult environment has come across a new obstacle. The ongoing rail dispute will aggravate their grievances even more.

The U.S is already grappling with a historic supply chain crisis but since this wasn’t enough there’s more on the platter now. An absolutely crippling national railroad strike could potentially take over the country from the 18th of July.

Railways to be shut down?

The ongoing tussle between the national railroad carriers and their unions in the US can bring the railroad freight traffic to a screeching halt. The main issues are the wages and other healthcare benefits.

The country’s Class 1 railroads and 12 unions are at swords and are failing to reach an agreement. Railroads have proposed a 16% pay raise over a 5-year period while the unions are pushing for 36%. The Sheet Metal Rail Air Rail Transportation Union President Jeremy Ferguson has indicated that if the demands of the unions are met they will account for inflation, productivity increases, and increased demand for shipping over the past three years.

After failing to reach an agreement the two sides were forced into a 30-day “cooling-off period” that prevents the unions from striking or railroads from locking out their workers while they continue to negotiate. This gave a breathing room to the two disputing sides. However, this “cooling-off” period is about to end on 18 July after which the possibilities are for the strike to begin at 12:01 am to exercise their self-help options.

“And we are now facing uncertainty over the possibility of further disruptions during preparations for the holiday shopping season,” U.S Chamber President Suzanne Clark stated. “Any breakdown would be disastrous for U.S. consumers and the economy, and potentially return us to the historic supply chain challenges during the depths of the pandemic.”

If the two sides don’t reach a suitable agreement anytime soon, the supply chain crisis in the US can worsen even further. In the United States, trains move over “1.7 billion tonnes of raw materials and completed commodities” annually to their final locations. So, if the unions went on a strike it would hamper the supplies leading the economy of the US into the toilet.

However, President Joe Biden is permitted by the Railway Labor Act, which establishes the guidelines for these types of disputes, to form a three-member emergency board to conduct an investigation and give suggestions to both sides about how to resolve their concerns. But if the dispute remains unsettled for a long time its impact is sure to reflect in the upcoming midterm polls in the US. So, the US president needs to err on the side of caution.

The two disputed sides have got bent out of shape which can serve as a grand setback for Biden. If Biden chooses to keep quiet on the situation then for him it will be like turkeys voting for an early Christmas.