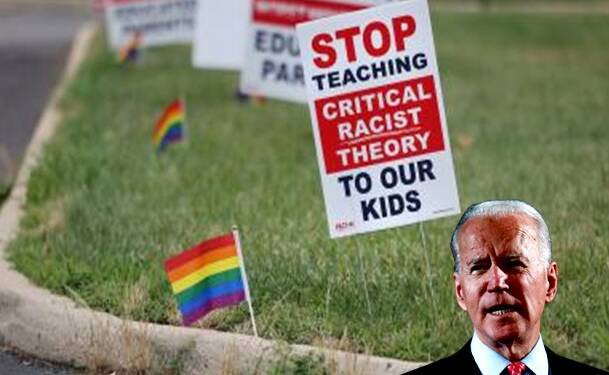 The US is losing its tag of ‘Superpower’ and this time, the adversary is internal. They are now hollowing out America’s spirit and desire to exercise power. The nation is distracted and severely divided.

The rival is none but the American youth who have their minds twisted. The American youth is frustrated with the way the world works and all they see as a solution is embracing the deadly “woke” ideology. They yield their power in terms of ‘Street-Veto’ and ‘Gun-Power’, leading to complete paralysis of the law and order situation in America.

The sad state of the US

According to a recent survey issued by The Guardian, more than one-quarter of Americans feel so frustrated with their government that they believe it may “soon be necessary to take up arms” against it. Yes, you read that right. It was also found in the survey that the majority of Americans believe the government is “corrupt and stacked against regular people”. That’s just one ominous sign.

There is another survey and that too is distressing. According to Yahoo/YouGov poll in June 2022, more than half of Americans believe there will be another US civil war in their lifetime and that the country will cease to be a democracy at some point.

Furthermore, the majority of young democratic voters believe the Supreme Court is a racist, sexist institution that needs to be abolished. Almost, as many people aged 19 to 39, feel the same way.

The list of such polls is neverending and this indicates that more and more Americans believe the US is pretty damned. The growing hatred that young Americans have for their country is an alarming issue for one of the oldest modern democracies in the world.

But, how exactly has the youth become so loathsome toward its own nation? Well, the root cause of this issue is none else than the overemphasis on a ‘liberal’ education system.

You see, if one wants to destroy a nation completely and make sure it doesn’t recover ever, the most preferred weapon is the destruction of the nation’s education system. This has been done by numerous barbaric invaders throughout history and the strategy has remained quite successful.

Democrats have done nothing different to stay in power. Believe it or not, the US education system has been indoctrinated with the ‘woke culture’ in the last few decades.  Over the past 30 years, public schools have completely transformed and most of them are not even aware of what actual education looks like.

Make no mistake, under Democrats, the Left-wing ideologues run your school district. They are pushing for dogmatic nonsense to be imparted as ‘education’ to children. They decide what your children learn and what they shouldn’t.

Democrats have pushed for change in curriculum, filling it with toxic ideologies such as critical race theory and LGBT grooming, under the garb of making the education system “inclusive”.

In several places, the curriculum no longer includes works by canonical authors like Shakespeare and Homer. The Democrat-backed educational institutions and educators take pride in expelling these ‘patriarchal racists’.

Moreover, teachers are increasingly under pressure to adopt the woke agenda or leave the school. In their replacement, a total woke teacher gets pushed in.

Not only this, the school structure has been fabricated in such a way that the opposing sentiments are crushed without even any justification. Yes, the students who oppose woke slogans or voice contrary slogans are not tolerated and are thrown out of their own schools.

The school even stresses that opposing wokeness is thought to be motivated by hate, voicing opposition to woke slogans is tantamount to hate speech. Such worse is the scenario, that a student who challenges a woke slogan is bullied and harassed by the woke majority.

To be clear, this has all happened in the last 30 years and honestly, the situation has fallen to such an extent that recovery looks like an impossible task now.

Why do you think have the Democrats been successful in planting their woke agenda in schools? This happened because they had their man in the most important position i.e. American bureaucracy.

In the last 30 years, Democrats may have ruled for around 16 years. However, the party has always retained its control over the American bureaucracy. This is precisely the reason why Republicans always face trouble in implementing reformative policies.

Most of the education reforms in the last few years were initiated by the Presidents themselves, under the guidance of these ideologically biased bureaucrats. The recent example of Joe Biden is no different. Joe Biden fully embraces the Critical Race Theory (CRT) and certain elements of gender ideology for K-12 students.

Read More: Biden on a dirty campaign to make parents the biggest enemies of school Children

You see, the Democratic party planted mines over the last few years which have now started to explode. The ones who tried to defuse it early, like Trump, were ousted by the use of bureaucracy and well-oiled mechanisms.

This knotty problem of US educational reforms in the last 30 years has made youth totally absurd and still continues to do so. This waged culture war could indeed set the US on fire. The American youth needs to wake up.