Dear ultra-conservatives among Tories, here is why you should back Rishi Sunak 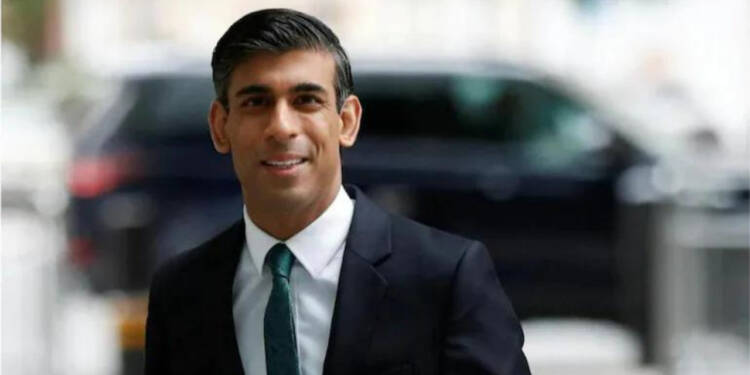 The fall of the supremacy of the conservative party in the United Kingdom has been almost dramatic. Despite the constant crisis developing in the nation, the latest one at least has a silver lining to it. Boris Jhonson’s resignation brought political turmoil in the country on the subject of choosing the next Prime Minister of the country.

Most conservatives, as their name suggests would be particularly repellant to the idea of choosing an Indian origin Rishi Sunak to lead their party. Former chancellor Sunak is popularly held accountable for Johnson’s loss of confidence among his own party leaders. Johnson, as a result, is lobbying the lawmakers of his party to avoid backing Rishi Sunak.

An overview of the contenders

Rishi Sunak, the former finance minister, solidified his lead over opponents to become the next prime minister of the UK. Attorney General Suella Braverman, a supporter of Brexit, was eliminated after failing to receive the required 30 votes in the second round, and Tom Tugendhat was knocked out in the latest round of voting leaving four candidates in the running including Rishi Sunak, Liz Truss, Penny Mordaunt, Kemi Badenoch.

Read More: In a week, Rishi Sunak is going to be the next Prime Minister of UK

Rishi Sunak, despite feeling the heat from Johnson supporters is leading the pack with the support of 120 lawmakers. Sunak has further promised to scrap all the EU laws still in place that promote red tape bureaucracy. As the former Finance Minister, Sunak has been very vocal about keeping the tax rates intact and adopting different measures to counter inflation.

Liz Truss who has been serving as the Foreign Secretary since 2021 is quite against Sunak’s views of keeping the tax rates in place and advocates their decrease. However, a practical way to lead a country would be to introduce reforms and not decrease taxes in an already starved economy, similar to what Sunak has suggested.

Penny Mordaunt has been serving as Minister of State for Trade Policy since 2021 and is one of the frontrunners in the race for the country’s top seat. Mordaunt is reportedly the biggest threat to Sunak’s popularity. However, Mordaunt is considered quite unfit to lead the economy through these tough times amid record-breaking inflation. Mordaunt fended off criticism from former Brexit negotiator David Frost that she was insufficiently tough towards the EU.

Kemi Badenoch is reportedly considered inexperienced and suffers from a lack of popular support to support her accession. Tugendhat, who ranked fifth in the second round of voting but has now been knocked out, said, “It is fair that we (candidates) receive criticism … I am asking for the trust of the British people for the highest job in the country.

Sunak –  A blessing in disguise

Jhonson has been a laughing stock from the day of his inauguration. He had been considered the United States’ puppet and a vessel to support the ongoing war in Ukraine. Boris’s resignation is in actuality good news for the conservative party. Understandably, most ultra tories would shy away from lending support to an Indian-origin Sunak.

However, what the tories are missing is the value that Sunak brings with him onboard. Sunak’s portrayal as a voice for the Asian community could help the Conservative party turn the votes of non-British ethnicities that usually like voting for the liberals. In a country like the UK where the Asian community constitutes a large chunk of votes, Sunak’s accession could trigger a feeling of relatedness that could increase the support for the conservative party.

Read More: Rishi Sunak’s prime ministership will cause heartburns to Biden and Zelensky

The British Indian former finance minister also topped the latest round receiving 118 votes in the fourth round of voting. Moreover, Sunak has been able to rally behind popular support of the conservatives and that coupled with the increased vote bank from the Asian community could be a game changer for the tories.

Collection of 22 Straightforward quotes and captions

Collection of 40 Empty quotes and captions