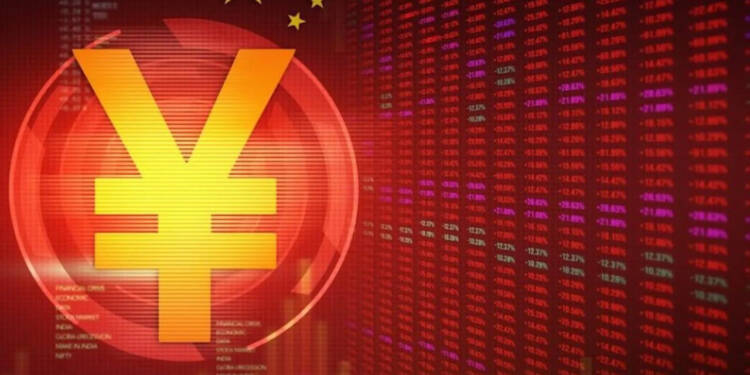 Global Times often calls China a visionary nation, that helps the world to do something extraordinary. In 2016, China started trials for running digital currency across the country, The e-CNY, also known as the digital yuan and officially called the Digital Currency Electronic Payment (DC/EP), was a digitized version of China’s legal currency, the renminbi (RMB).

CCP stressed that its DC/EP would be mainly used for high-frequency, small-scale retail purchases and transactions. But, in just eight years, the pilot project crashed. The project has not even yielded any fruitful results for the Chinese Central Bank.

The digital yuan is just available in 23 cities covering nearly a fifth of the population and, there is still no clear timeline for a nationwide launch, which some had predicted could come as early as soon after the Beijing Winter Olympics in February.

For eight years, the e-CNY has not taken nationwide acceptance for various reasons, the people are not ready for acceptance and it seems like CCP itself is in no mood to start nationwide rollout.

The rise of digital Yuan

For China, digital yuan was an important tool in China’s rivalry with the West. China wanted to globalize its currency, in part by removing obstacles and promoting transactions in digital yuan, as doing so was deemed essential for the country’s economic stability.

In 2014, a task force of the People’s Bank of China started studying the need for the central bank’s digital currencies, and the pilot kicked off in October 2020 in Shenzhen. As of the end of last year, 216 million, or around 20% of China’s population were enrolled on the digital wallet of the central bank’s app. Yet, the transactions through this app have remained very low.

Around 80% of digital transactions in China are now made through WeChatPay and Alipay. These apps still hold a large chunk of the market and CCP’s own payment option has not been accepted. despite the fact that DC/EP provides many more leverages than the other two conglomerates.

Retailers do not have to pay fees on digital yuan payments, transactions can be made without an internet connection using so-called near-field communication terminals, which can come in handy during natural disasters.

The launch has been delayed to the extent that the market has already been captured by other conglomerates. Professor Masashi Nakajima, an expert in the field at Reitaku University in Japan’s Chiba Prefecture stresses that the Chinese of Global Yuan is just a farce, He stresses: “This is not something that’s so far off that it won’t become reality for another 10 years,”

The PBOC stresses that it needs to work on the digital yuan’s convenience and innovation. But, the chances of success are very bleak. People have lost all hope in the banking system in recent times.

There have been countless examples of how Chinese banks have tricked people and flushed their money into other projects. The most recent example of Henan Bank. The Henan branch of the Bank of China declared that people’s savings in their branch are ‘investment products and can’t be withdrawn.

Despite assurances that depositors in China’s Henan villages would receive their frozen funds returned in installments, just a small number of depositors have received the reimbursements, raising severe doubts about the banks’ reserve funds.

So, with a rising low faith in the banking system along with an already delayed launch, CCP’s ambition of having digital currency dominance lies flat.

Read More: China is losing control of the Yuan and inflation is on the rise

In addition, other nations like Japan and India have already gained ground in the battle for a digital currency. It is unlikely that Chinese President Xi Jinping will advance the digital yuan before then because he wants to preserve social and economic stability. So, the Chinese digital Yuan dream would stay on the ground as of now.

Hungary is set to become the energy capital of Europe