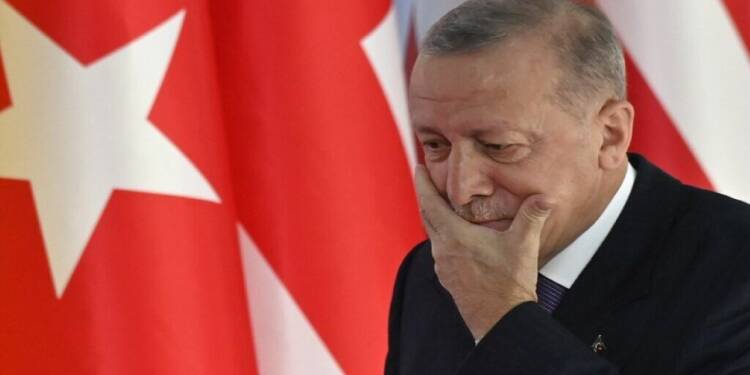 The internet is filled with praise for the Turkish military and its defense equipment. As per the GFP index, Turkey is ranked 13th  out of 142 countries considered for the annual GFP review. When it comes to numbers, the Turkish military is indeed larger than many European nations.

With 570,000 active duty soldiers and 429,000 reserves, the Turkish armed forces are larger than the combined forces of France and Great Britain. Turkey has the eighth-largest number of active troops in the world and the second-largest standing force in NATO, after the United States.

This all makes Erdogan in a perfect position to be treated as a ‘blue-eyed boy’ in major geopolitical issues concerning NATO.

Turkey also has a foul habit of stirring up trouble by touting its military strength in Syria, Iraq, and even Greece.

But, don’t be mistaken, Erdogan’s assertions about his powerful military are a joke. In reality, the Turkish military is a junkyard that has never gone into maintenance, and now it’s beyond revival because the Turkish economy is incapable of providing any substantial repair.

‘Turkish Military’ has Turned into a Joke

You see, in every geopolitical issue, military strength has been a reason for Turkey’s arrogance. Turkey openly boasts that its say in several geopolitical issues related to NATO is justified given the fact it has the second-largest army in the NATO alliance and has been a member for more than 70 years.

This is a fact that Turkey outnumbers the combined forces of France and Germany, but Turkish military strength is, in reality, quite feeble. The high number of military personnel is a direct result of conscription. Military service in Turkey is compulsory for all male citizens between 20 – 41 years of age but mandatory military service often does not translate into power.

Turkey has hardly made any progress in terms of manufacturing or boosting its military capabilities. Except for Bayraktar drones, the majority of the equipment and weaponry used by the Turkish Armed Forces are of US origin. Germany, Israel, England, France, and Russia have also supplied Turkey with various defense equipment and weaponry.

If Turkey engages in a full-blown war, the Turkish armed forces would meet the fate of Iraq, which had the fifth-largest army in the world, but yet collapsed after a ground war of just 100 hours, during the Kuwait war. Turkey is repeating the same error that Iraq committed— counting predominantly on its unprofessional military conscripts.

In such circumstances, it is preferable for any country to actually begin investing in the military sector.  Turkey, however, could not do that, because the Turkish economic situation is in tatters.

Erdoğan has turned his own nation into an “economic pariah”. If Erdogan wants to increase the Turkish military strength, he has to start investing but sadly, his pockets are empty. A few days ago, Turkey stressed that it would build a hyper-war military by investing $20 billion every year, but how exactly? Even Google has no answers.

Very soon, Turkey may even stop to stand on NATO’s commitment to spend at least 2% of its Gross Domestic Product (GDP) on the defence budget because it’s heading to total bankruptcy.

Turkey’s economic problems continue to go from bad to worse as the foreign trade deficit has reached a monthly average of $8 billion this year. Moreover, Turkish inflation has reached an enormous rate of 78.6%, which is one of the highest in the world.

There will be a financial crisis, but there won’t be a bailout because Turkish debt is much bigger than Ankara admits. International lenders acknowledge this in private. Additionally, as Turkey’s economy collapses, Ankara might even stop funding conscription. Hence, the bubble of the second large military would explode soon.

Read More: Winds of a military coup are blowing in Turkey again and this time Erdogan won’t be able to suppress it

It’s time for NATO and the world to acknowledge that the Turkish military is a joke. Erdogan has no chance to save his “military” in midst of an economic crisis. However, he can surely save his economy by saving billions of dollars by ending ludicrous occupations in Cyprus, Syria, and Iraq.

Collection of 35 Pushing People away quotes

Ukraine will cease to exist within the next 5 months