Ukraine will cease to exist within the next 5 months 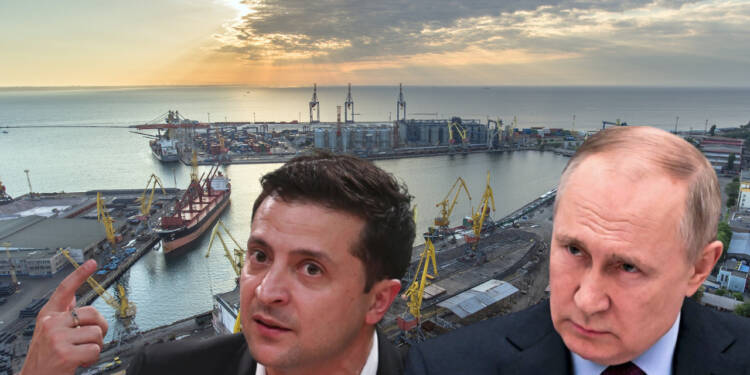 Ukrainian President Zelensky’s uncalculated aggression towards its mighty neighbor has already triggered the loss of thousands of lives and it seems that it would now warrant the removal of Ukraine from the world map.

Ukraine is living in cloud cuckoo land. It’s facing huge losses in terms of life, arms, and territory every day in its war against Russia. In almost a hundred and fifty days of the war, the country is on the verge of turning into a land-locked country.

In mid-May, Italy proposed a four-point peace plan in its effort to put an end to the Ukraine war. Firstly, it called for cease-fire and demilitarization. It asked Ukraine and Russia to decide on the future of contentious territories.  Moreover, it asked for the withdrawal of Russian troops from Ukraine and the removal of western sanctions on Moscow. It also asked Kyiv to declare itself as a ‘neutral’ country.

However, Ukraine continued to ignore the peace proposed by Italy. Even American former diplomat Henry Kissinger tried to put some sense in Zelensky and advised him to sit at the negotiation table within two months. Kyiv seems to be uninterested in learning the basics of war with their leader acting like a mad man.

Read More: US and Ukraine have no answers to Russia’s 3B strategy in Ukraine

The Ukrainian President recently said that a ceasefire with Russia without reclaiming lost territories would only prolong the war. Zelensky does not want to negotiate until he has accomplished the task of reclaiming the territories lost to Russia since Feb 24 this year. Well, Moscow would not just give up the territories because the golden boy is asking for it. It seems that the arrogance of Zelensky will be the reason for the complete annexation of Ukraine.

The Kremlin has taken notice of the attitude of Kyiv and would tread accordingly. Recent reports suggest a possibility forwarded by Western officials that Moscow  will launch another major offensive in Ukraine early next year with a special operation to take control of the blockaded strategic port city of Odessa, in an attempt to take hold of the country’s southwestern coast and turn Ukraine into a landlocked country.

Odessa port is highly significant to ensure food security in many regions of the world. The port reportedly handles one eight of the global grain supplies. The state controlling the port of Odessa could significantly influence decision-making across the world by controlling the outflow of essential food supplies.

No point of return

Russian foreign minister Sergey Lavrov recently said that Moscow had departed from its shrunken official goal of occupying the two eastern regions of Luhansk and Donetsk, which together comprise the Donbas region. Russia also continues to hold parts of the Kherson and Zaporizhia regions in southern Ukraine, which it seized early in the war.

Kyiv has been relying on modern weaponry it has been getting from the west to prolong the war. However, the absence of trained personnel nullifies the significance of the received weapon systems. Zelensky’s arrogance is on the verge of turning Ukraine into a landlocked country.

As soon as the Russian war machinery seizes the Odessa port in the coming months, the Ukrainian defense system will follow suit, further triggering the whole of Ukraine to come under Putin’s grip.

Well, somewhere in his heart, Zelensky has known all this while that the war will come to an end with Ukraine surrendering. But he has been too arrogant and inconsiderate to accept the losses Ukraine has suffered.

Late Colombian novelist Gabriel García Márquez’s words hold true for Ukraine and Zelensky, “It is easier to start a war than to end it.”