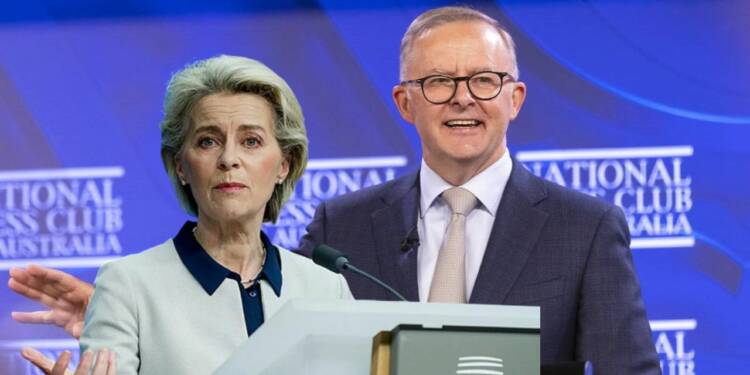 Geopolitics is an ever-evolving process and the current scenario is panning out exactly as it was planned. Australia is a rising power on the stage that has grasped the attention of many powers.

Australia has been at the center of strategic deals like AUKUS and has been successful in highlighting its importance during coal-related tensions with China. As we all know, several European countries, especially advanced economies such as Germany and Italy, were reliant on Moscow’s energy supplies and after the sanctions, Australia was their only alternative.

The role of Australia in fulfilling the needs of its allies is now more important than ever. The Ukraine war has led to the disruption of commodity supply lines and has largely altered dynamics. The conflict has orchestrated rivalry between states that were once friendly.

An additional consequence of the conflict is now shaping up in Australia. Since the start of the Ukraine war, Canberra has been extremely loyal to the US and its allies. However, as history teaches us – Individual needs always triumph in times of crisis. The same scenario has now started to gather momentum in Australia.

Amid the global energy supply crunch, Australia has been a vital partner in assisting the European nations with their LNG needs. Australia is the world’s leading LNG exporter. It is also competing with Qatar and the United States to emerge as the biggest producer.

Coal and gas exports are very vital for the Australian economy. Moreover, possible shortages in the domestic market could lead to a disrupted industrial sector that would be detrimental to an already struggling economy.

Everything is not good with Canberra

Anxieties grew in Australia recently when the Australian Competition and Consumer Commission (ACCC) warned that extra gas could be needed to offset declining output at offshore fields that have long supplied the populous east coast, home to nearly 90% of Australia’s population.

The commission found that LNG exporters are likely to withdraw more gas from the domestic market than they plan to supply. A shortage of 56 petajoules is now expected, equivalent to around 10% of demand, or 14 LNG cargoes in total.

In response, the Resources Minister Madeleine King said she would consult with LNG exporters and Australia’s trading partners before making a decision to limit exports in October. It would be very detrimental to some European nations If Canberra eventually decides to curb exports amid a severe energy crisis and approaching winter.

But, one might wonder what could have triggered such a loyal ally like Australia to limit supplies in time of need. Well, the answer itself is the hypocrisy of the very European nations that would be affected.

Europe strategically gathered sympathy amid its energy crunch situation and was able to secure multiple Floating Storage and Regasification Units (FSRUs) for itself. Now what exactly is a FSRU, it is a Liquefied Natural Gas (LNG) storage ship that has an onboard regasification plant capable of returning LNG back into a gaseous state and then supplying it directly into the gas network.

Europe’s hoarding of the FSRU’s led to a shortfall in Australia, where it was needed for its indigeneous import programs that were in place to counter possible supply shortfall predicted in 2024. Canberra seems to be triggered by Europe’s hypocrisy and has hence decided to give it a taste of its own medicine.