Just a few weeks ago, Serbia and Kosovo were after each other's blood. The likelihood of a future war in the Balkans was all but guaranteed. But in a big turn of events, the Inflamed tension subsided within a day. 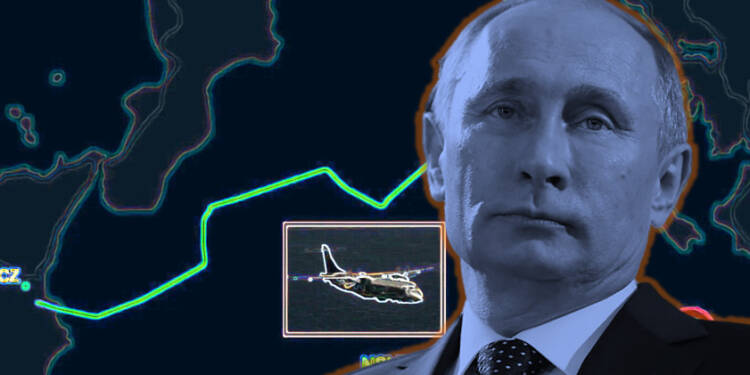 In late July, when Serbs and Kosovars were about to bite each other heads off, something unexpected happened in the Adriatic Sea. From nowhere a Russian fleet appeared and attempted to block the entry and exit route to the Adriatic Sea. This was for the first time in history that a Russian fleet enter the Adriatic Sea to limit the movements of the American aircraft carrier “Truman”. The move immediately pushed the western world on edge, and on the other side, it was total chaos in Europe.

Russian ships have previously arrived in the Adriatic Sea to closely observe NATO drills, traveling as far as the waters around Calabria in southern Italy. But at this point, Russia was about to fully block the sea. To tackle the Russian deployment, the Italian Navy on the behest of NATO deployed different units in the Adriatic that closely followed the Russian ships. Reportedly, frigate Bergamini, frigate Marceglia, frigate Libeccio, and submarine Longobardo were deployed.

The Italian Defense Ministry also dispatched several fighter jets. The aftereffects saw the Russian fleet backtracking from the Adriatic Sea, thus giving clueless thoughts to even geopolitical experts. NATO could have declared this a total win, but the US-led military block kept tight-lipped about the whole episode in the Adriatic Sea.

Why? Because the Russian ships haven’t sailed that distance away from the Adriatic Sea and are still awaiting a perfect return to the Balkan waters.

The Adriatic Sea: Importance for Russia

Geographically speaking, the Adriatic Sea lies between Italy and the Balkan states. Russia reportedly wanted to stretch its maritime influence from the Gulf of Venice to the strait of Taranto. So, this attempt to block the Adriatic Sea should not be tagged into the novice list. Given that this area is the one closest to both Kosovo and Ukraine, this was undoubtedly Vladimir Putin at his strategic best. From here, Missiles and aircraft could intervene more quickly on the front lines.

This explains why Kosovo’s notorious attempt to conquer Serbia was abruptly quashed within a day. Kosovo knew very clearly that if Serbs gets the support of Russia, their blueprint of integrating Serbia was about to fail miserably. That’s why Kosovo went completely silent over the whole situation. However, the entry of Russia into the Adriatic Sea is even more concerning for the political elites in Ukraine who have already gone blues thinking about a forthcoming disaster.

Most of the Ukrainian military actions are directed at the eastern part while the western part is still ignored and kept ajar for Russia to easily sneak through. By entering the Adriatic Sea, Russia would gain the advantage of dominating Western Ukraine through missile raids. With only 800 kilometers separating it from the Adriatic Sea, missiles could easily blanket western Ukraine in a matter of minutes.

This would be a complete repeat of what happened in the early days when Ukraine focussed entirely on Kyiv, due to which, Russia entered seemingly from Eastern Ukraine.

Russia entering European waters is indeed a nightmare come true moment for Ukraine and Kosovo. As of now, NATO is still in the dark about the precise location of the Russian ships, and with all the flurry of details emerging, there is a good chance that there are Russian submarines keeping a scrutinizing eye on NATO’s manoeuvres in the Adriatic Sea.

Canadian youth are going transgender at an alarming rate, and that’s an existential threat