The war in Ukraine makes Saudi Arabia richer by $56 billion 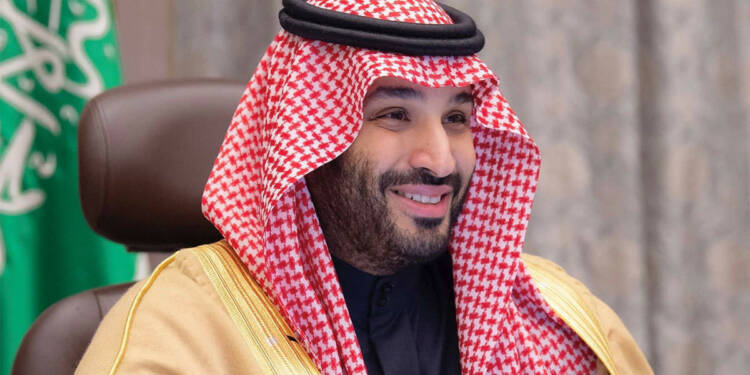 It is not just Russia, but also Saudi Arabia which is  benefiting economically from the ongoing conflict in Ukraine. Saudi Arabia becomes an outlier when big economies like the US and Europe are speeding toward recession. The economy of Riyadh is expanding at a rate it has never seen before.

Economy of Saudi Arabia is rising at the fastest rate in the Group of 20 countries, despite widespread concerns about recession and skyrocketing inflation brought on by Russia’s war in Ukraine.

Saudi Arabia is seeing its greatest economic growth in a decade as a result of oil prices that are consistently above $100 per barrel. The second quarter saw a growth of 11.8% in the gross domestic product.

Saudi Aramco, a state-owned energy firm, has announced the highest quarterly adjusted profit of any publicly traded company worldwide. The company posted a 90% year-on-year increase in net income in the third quarter.

Read More: Saudi Arabia and Israel unite to give Biden the biggest embarrassment of his life

Amine Mati, the chief of the IMF mission, told Reuters that he believes Saudi Arabia will continue to have control over spending. According to Mati, the kingdom’s anticipated budget surplus of 5.5% of GDP this year, which would be its first since 2013, would amount to about 211 billion riyals ($56.21 billion).

According to a report by Wall Street Journal, Saudi Arabia had a $15 billion budget surplus by June that is expected to widen to around $80 billion by the end of 2022.

As money from a rise in energy costs pours through the economy, the real estate market of Saudi Arabia is booming.

Without even advertising, more than 300 apartments in Abdulsalam Almajed’s new Riyadh complex sold for cash in just one month. Almajed claims that the competition for the 266,400-riyal ($1,000,000) residences also shows the social and economic change that the crown prince’s reform initiative is hastening.

Many property owners would not even rent to women ten years ago. Today, more women are entering the labour market, and 30% of Almajdiah’s buyers are female, buying either investment properties or their personal homes.

The diversification is in line with the Vision 2030 policies aimed to diversify and liberalize the economy of Saudi Arabia and thus pave the way to more stable growth.

As the kingdom begins a building boom that includes malls and parks as well as ambitious plans for a new city constructed from scratch and premium tourism development on the Red Sea, capital spending increased by an annual 64% from April to June.

Previous oil-fueled surpluses were used to raise public sector salaries in Saudi Arabia and build the desert nation from scratch. In the 1970s and 1980s, vast motorways, airports, hospitals, and schools sprang up, and the Saudi military grew to be one of the largest weaponry importers in the world. Shiny skyscrapers and new industrial cities proliferated in the early 2000s; many of these structures are now abandoned.

Despite the initial budget for this year predicting lower spending, overall spending increased by 16%. Normally, Saudi elites flee to cooler climates in Europe during the summer, but Riyadh’s newest fine dining establishments are crowded. At Coya, a Latin American chain, the most popular dinner seating – 8.30 pm-9 pm – are fully booked a month ahead.


According to a Bloomberg survey of economists, this year’s economic growth is predicted to be 7.6%, but by 2024, growth could slow to 2.5%. Crude is currently trading around $90 a barrel as concerns about upcoming economic downturns and the potential for increased Iranian supply in the event that the nuclear agreement is revived continue to loom over the market.

Read More: How the Saudi Prince found a useful idiot in Justin Trudeau

Monica Malik, chief economist at Abu Dhabi Commercial Bank agrees that the surge in economic activity is majorly due to the oil prices.

She said, “If there was another collapse in oil prices, there will again be a slowing down in activity. But a number of positive factors are coming together at this point.”

22 God is in Control Quotes: true? Let’s find out