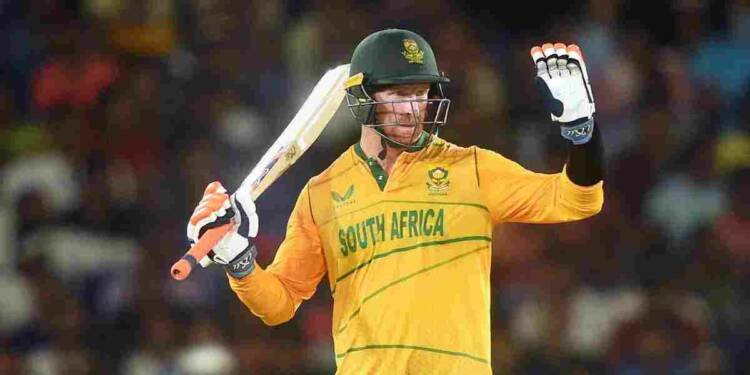 Heinrich Klaasen is a South African cricketer, who was born on July 30, 1991, and competes for his country’s national cricket team. He was a member of the 2015 Africa T20 Cup cricket team for the Northerns. In this article we are going to talk about the biography, career, notable works, games and family of Heinrich Klaasen so read the article till the end.

He played for Rajasthan Royals in 2018 and Royal Challengers Bangalore in 2019 for the Indian Premier League. Klaasen led South Africa as a captain for the first time in a T20I match in 2021.

Heinrich Klaasen, a clean-hitting wicketkeeper and batsman. He made his debut around the same time Quinton de Kock solidified his spot in the South African side across all formats. Klaasen aspired to succeed in either discipline and establish himself as an all-around alternative.

Heinrich Klaasen is an international cricketer and he played so many games for country, state and clubs this biography article is incomplete without talking about his career. So here you will gain info about his achievements and life story.

Klaasen was acquired by Royal Challengers Bangalore in December 2018 during the player auction for the 2019 Indian Premier League.

Heinrich Klaasen was selected to the Tshwane Spartans team’s roster in September 2019 in preparation for the Mzansi Super League competition. Prior to the 2020 IPL auction, the Royal Challengers Bangalore released him.

Klaasen made his first T20I fifty against India on February 21. South Africa won the match by six wickets, and Klaasen was named man of the match for his 69 runs off 30 balls, which included three fours and seven sixes.

Heinrich Klaasen has done his schooling at Menlopark HighSchool situated in Menlo Park in Pretoria in the Gauteng province of South Africa. He finished his university education at the University of Pretoria, one of the top universities in South Africa.

Klaasen might develop into South Africa’s MS Dhoni, according to Shukri Conrad, a coach at Cricket South Africa’s National Academy. He stated in September 2015, “Heinrich maintains his composure under pressure.

He continues to be present. There’s very much a ‘poor man’s MS Dhoni’ about him. He genuinely puts the competition to the sword and plays without any sideshows. The thing I admire most about him is that he doesn’t wait for the game to come to him. As tough as they come, he is.”

Klaasen was included in South Africa’s Test team for their series against New Zealand in February 2017, but he did not participate.

Klaasen was selected for the South Africa team to compete in the ICC Men’s T20 World Cup in September 2021.

We hope this biography article of Heinrich Klaasen will be helpful for you to understand his journey and works.

Alberta kicks Trudeau’s RCMP out of the park