‘Be with us, or you won’t exist on world map,’ Putin’s final offer to Erdogan 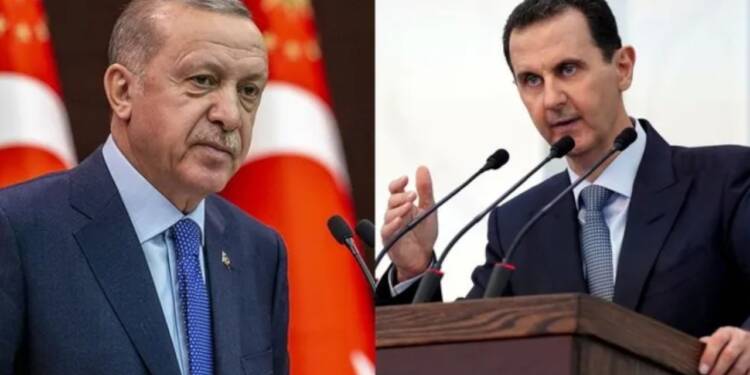 Turkish leader Erdogan has been donning the hat of hypocrisy for far too long and it has now reached a stale mate. Ankara’s constantly shifting foreign policy seems to have irked Moscow. Erdogan supported Ukraine by supplying it with its infamous Bayraktar TB2 drones in its war against Russia and at the same time has also sourced S-400 anti missile system from Moscow.

Still, Ankara could probably benefit from the situation in this case if it declares its intent once and for all. Also, It would indeed be suitable for Erdogan to stabilize his nation before going into elections next year.

Moscow is currently backing Assad’s government in Syria against IS terrorists and Kurdish forces that operate with American support. The Kurdish forces have a stronghold in northern Syria along the Turkish border.

Now, Erdogan has vowed for the complete annihilation of the Kurdish rebels who reportedly promote violence against Ankara. Erdogan previously called for a military operation against the Kurds in Northern Syria. He tried to scout for Russian support during the trilateral summit in Iran but was supposedly humiliated.

Damascus would surely be against the idea of Turkish forces violating Syrian sovereignty and entering through its northern border. Reports of Assad coming together with Kurds against the Turks were also doing the rounds, but things seem to be changing with Putin’s invitation.

Although the legitimate government in Syria under Assad is backed by Russia, the USA holds influence among the separatist groups. Erdogan could be successfully persuaded to switch sides if the topic of a war against the Kurds is on the cards.

The upcoming summit in Uzbekistan could be a game changer for Syria. A group (Turkish), which is naturally motivated against Syrian rebels (Kurds) could form an alliance with Assad’s forces in northern Syria.

One of the major possible outcomes of a prior meeting between Putin and Erdogan in Sochi on August 5 indicated a possible reconciliation between Ankara and Damascus.

Moreover, Erdogan is in a tight spot right now. He has interfered in many issues, from the Balkans to North Africa and Persian Gulf to the Caucasus.  With record high inflation in the country and disturbed relations with Greece coupled with other tensions Erdogan, already has a lot on his plate to set his house in order before the upcoming elections.

One might wonder why the US won’t mobilize additional finance to the rebels in Syria if it is provoked by a triple alliance. Well, Biden has already pledged big amounts to fund the ongoing war in Ukraine. With the upcoming midterms in November, he would not tingle with sanctioning additional aid to fight another war in Syria against much superior enemies.

Therefore it is indeed the perfect time for Putin to influence Erdogan and Assad to come to terms and hit the US while they still can. Assad is already very strong in most of Syria thanks to Russian backing and it would be able to regain complete control with Turkish aid very soon.