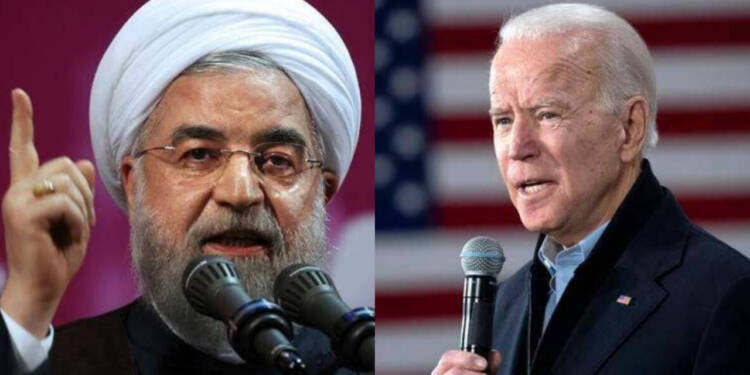 The JCPOA deal has much more than what the average man has endeavored to discover. There was a good enough reason the Trump administration pulled out of the deal. However, the present Democrat President of the US – Joe Biden seems like he is in a hurry to materialize the deal.

The deal is subject to multiple conditions that hinder Iran from developing nuclear weapons in exchange for western nations easing sanctions on the oil-rich country. Multiple sanctions on Iran have destroyed its economy and its leaders are looking for ways to get out of them. However, it seems like the Iranian leader Sayyid Ali Hosseini Khamenei is set to outsmart his western counterparts.

On Sunday, Israeli Prime Minister Yair Lapid slammed EU’s recent proposal to revive the JCPOA, calling it a “bad deal.” It is indeed a very big development for Israel.

The last thing the world needs is a theocracy possessing a nuclear weapon and that was what the JCPOA deal was formulated to prevent. However, the terms of the deal do not necessarily prevent it but essentially prolong it.

The new agreement is far worse than the original. It may have been portrayed as merely a revamped version, but it contains many more compromises. The agreement does not address the Iranian nuclear archive or the various violations being investigated by the International Atomic Energy Agency regarding the possible military dimension of the nuclear programme.

The new deal already includes exemptions such as allowing Iran to keep the resources it obtained by breaking the agreement, such as advanced centrifuges and sophisticated manufacturing capabilities. Iran will also be able to keep the uranium it has enriched in the years since it effectively left the deal, albeit at a lower purity level. Moreover, Iran will also be permitted to install advanced centrifuges in 2026, and the number of centrifuges would not be monitored after 2029.

Significant sanctions against Iran will also be lifted, including those that restrict companies from doing business with the Revolutionary Guards. Once the sanctions are lifted,  Iran will be able to make hundreds of billions of dollars almost instantaneously and roughly $1 trillion by the time the deal expires.  With the funds, Iran will be able to revive its industry, improve its conventional and nuclear capabilities, and it would then allegedly increase terrorist funding to anti-Israel groups like Hezbollah, Hamas, the Palestinian Islamic Jihad, the Houthis, and others.

Biden had previously failed to convince Saudi Arabia to ramp up oil production in order to replace Russian gas. However Saudi leaders have been warming up with Moscow nowadays and reportedly rejected Biden’s plea.

Iran has the potential to fulfill the deficit oil supplies in the market and stabilize the prices. However, the sanctions do not allow them to do so. Washington’s extreme pressure to go through with the JCPOA is to unlock the Iranian oil supplies.

Read More: Europe surrenders before Iran and the IRGC

Tehran has time and again rejected the existence of a Jewish state in the neighborhood. If the current JCPOA deal comes into existence, the biggest loser would be Israel.  And as a result, Israel would really like to hinder Iran’s ultimate rise as a nuclear state.

With the larger insecurity that Israel is facing, it has forced the US to keep a military solution for the crisis ready. The Times of Israel reported.

However, any war fought against Iran would have Israel as the natural enemy. It would be these two states that would engage in conflict while the US gains from its arms sales. Israel is a significant US ally in the middle east and is now pressuring Washington to dismantle Tehran’s idea of ever possessing a nuclear weapon.

David Barnea, the head of Israel’s Mossad spy agency, will visit Washington next week. He is expected to brief members of the House and Senate intelligence committees on Israel’s opposition to reviving the nuclear deal. He will also meet with CIA Director William Burns and other Biden administration officials and try to convince them to let go of the deal but to what avail?