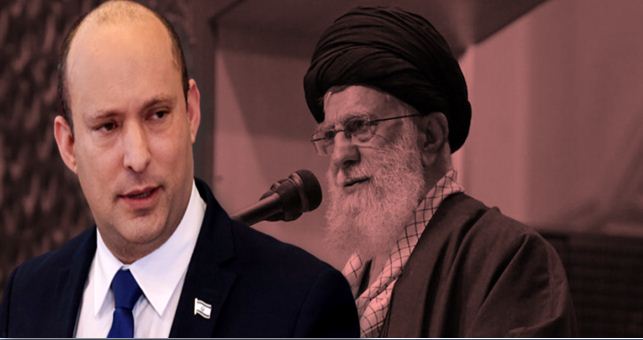 Biden will go to any extent to get the Joint Comprehensive Plan of Action (JCPOA) or the Iran nuclear deal signed. And what will Israel do? Well, it will by all measure stop Iran’s nuclear programme. Israel knows that the US is most probably going to sign a diluted JCPOA that allows Tehran to build a nuclear bomb. So, it is planning something big.

In fact, Israeli PM Naftali Bennett has announced that any US-Iran agreement won’t ‘bind’ Israel and it would work to “weaken the head of the octopus.” So, Israel is suggesting that if a diluted JCPOA is signed, it will go for the big target in Iran. It could go as far as the Iranian Supreme Leader Ayatollah Ali Khamenei.

Iran will no longer be untouchable for Israel

Presently, Israel is on a military shopping spree. Missiles, rockets, ammunition, refuelling aircraft, development of laser-based interceptor systems, offensive and defensive cyber tools, and restocking of supplies- all such military equipment purchases have picked up.

Bennett said, “Two months before I took office, Iran started enriching uranium to the 60% level and no one did a thing about it. Iran is the closest it has ever been to nuclear capability. Zoom out for a minute: You have a long-standing war between two regional powers that are being fought by one side only. They hit out at us, and we do not hit out at them. They have enveloped Israel with octopus tentacles and instead of striking the head of the octopus, we are quarrelling with its arms.”

He explained, “We have been playing into the hands of the Iranians for years. When I fought in Lebanon, I was fighting against Iran’s [Hezbollah] proxies, while the ayatollahs funding and arming them were untouchable. When I took over as prime minister, I reassessed the situation on a clean slate. Iran will no longer be immune. The Iranian regime is rotten, corrupt, unable to supply its citizens with basic needs, the economy is collapsing, entire regions are without running water. So, my new perception is that Israel must enter the arena and work to further weaken the head of the octopus.”

So, Israel wants to take down the incumbent Iranian regime, by capitalising on popular discontent. To put it bluntly, Israel could be visualizing a civil war in Iran and how do you ignite it? By weakening the “head of the octopus”.

US agreement Iran “will not bind us”

Israel is being practical here. It knows that Biden is desperate for JCPOA ahead of the US mid-term polls. He will sign a nuclear deal under Iran’s terms. So, Iran will draft a weak, ineffective JCPOA that allows Tehran to build a nuclear bomb with ease.

Read more: Iran makes Biden look like a bumbling idiot with no plan

Bennett himself said, “We must be honest in saying we have disagreements with the United States, our great friend. The way we see it, Iran is playing with a very weak hand and is bluffing. This lie must be exposed, and they must be given a choice — survival of the regime or a continued race to nuclear capabilities, and they must not be given a gift of tens of billions.”

But he also made it clear that a US-Iran agreement will not bind Israel. So, if Israel wants to “weaken the head of the octopus”, a diluted JCPOA between the US and Iran will be no obstacle. Israel is not going to let Iran build a nuclear programme, even if it means taking down the Iranian Supreme Leader.