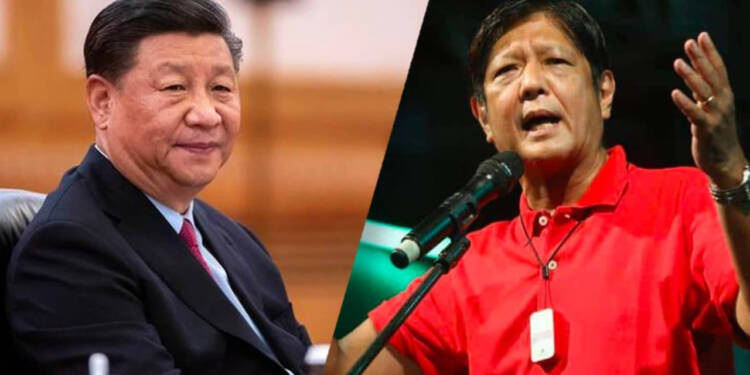 Being a country in the Indo-Pacific is challenging. Nations have to fight for their sovereignty when China is continuously trying to interfere in their day-to-day domestic affairs.

Some nations and leaders get blind by the increasing economic and geopolitical power of China while ignoring the terms and conditions which come with it. And the Philippines is one such prime example of it.

Bongbong took oath as Philippines President on June 30th this year. Initially, Bongbong made it clear that he would take steps to strengthen the friendly relationship with Beijing. His win raised concerns among proponents of a “Free and Open Indo-Pacific” and those who disapprove of Chinese meddling in domestic politics.

However, things didn’t turn out for Beijing the way it wanted. Philippines and Bongbong Marcos have chosen a side.

The Philippine ambassador to the US Jose Manuel Romualdez recently said that in the case of China’s confrontation with Taiwan the Philippines would let U.S. forces use the southeast Asian nation’s military bases.

Romualdez voiced alarm over escalating tensions between the United States and China. Romualdez is a relative of Philippine President Ferdinand Marcos Jr. and has significant influence over the new leader’s foreign and security policy.

Also Read: Go easy; The Taiwan showdown between Biden and Xi is staged and pre-planned

As per reports, the unhindered flow of goods by sea and air around the Philippines would be threatened by a conflict over Taiwan. According to the Centre for Strategic and International Studies, an American research tank, one of the drill zones extended into the Philippines’ exclusive economic zone when China conducted live-fire military manoeuvres in early August in reaction to U.S. House Speaker Nancy Pelosi’s visit to Taiwan.

China’s drills in the exclusive economic zone infuriated Bongbong. He doesn’t want to risk losing domestic support initially in his term. And therefore, he is making a course correction.

The Philippines’ geopolitical significance is increasing as the US military tries to place its soldiers along the so-called first island chain, which runs from Japan to Southeast Asia.

Romualdez said that Manila and Washington are in discussions to extend the number of Philippine military outposts available to American soldiers. The U.S. is permitted to have a rotating military presence at five locations in the Philippines under the bilateral Enhanced Defense Cooperation Agreement signed in 2014.

Romualdez said, “Our military and the military of the United States are all looking into the possible areas. Additional bases may include a naval base.”

Ammunition, fuel, and medical supplies are kept on hand by U.S. forces at the bases, and they are prepared to respond to natural calamities. Only a little amount of progress was achieved under Duterte’s presidency on the infrastructure upgrades and building projects outlined in the 2014 agreement.

When asked how long it would take to implement the plans, Romualdez responded, “Hopefully, in the next three years, we can have all of these areas that we have identified already.”

Therefore, Bongbong announced loud and clear to Beijing that he wouldn’t tolerate any incursion by Chinese forces in its exclusive economic zone. He has poured cold water on Beijing’s plan to make the Philippines its client state. He has betrayed China and Xi Jinping and joined Taiwan’s side.