Russia’s version of the new world order is out 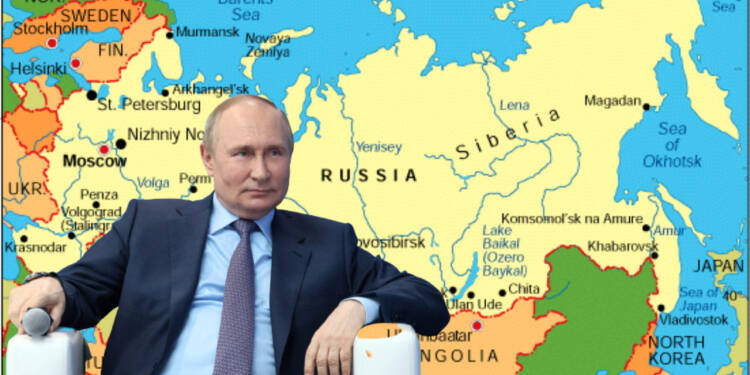 The global world order changed significantly after World War II, thereby, giving a steep rise to the western powers. However, the war in Ukraine has once again sparked a shift in the global order.

On September 5th, Russian President Vladimir Putin approved a new foreign policy doctrine based on pitching the concept of a “Russian World”. According to reports, Russia will “defend, maintain, and strengthen the traditions and principles of the Russian World,” according to its 31-page “humanitarian policy”.

The doctrine has now been adopted as Russia’s official foreign policy. Although, there is one very significant line to draw. Russia’s new foreign policy, which is wholly new, declares that there should be very little collaboration with the west.

This new Russian policy doctrine confirms the emergence of a new world order.

Russia through this foreign policy doctrine is going to kick off the new world order. Reportedly, the doctrine calls for strengthening links with the two self-declared breakaway states in eastern Ukraine, where fighting is still raging, the Donetsk People’s Republic and the Luhansk People’s Republic.

Moscow furthermore stresses to solidify its links with the Middle East, Latin America, and Africa, Slavic countries, China, and India.

Anyone with even a slight knowledge of geopolitics would catch this easily that all of these regions where Russia places a strong emphasis on fostering connections, are also the same ones that have either maintained their neutrality or concentrated on fostering ties with Russia.

India, the United Arab Emirates, Saudi Arabia, Serbia, and other countries have been among the starkest opponents of the West’s diktats to sever ties with Russia in recent years. India specifically has made a significant contribution to the recovery of Rouble after the sanction saga.

Additionally, OPEC+ members from the Middle East including Saudi Arabia and the United Arab Emirates have publicly stated their desire to maintain their relationship with Russia. Whereas, Russia and China’s relations are already known to everyone.

Read More: Poland’s trillion dollar jolt is enough to flatten the German economy once and for all

There should be no doubt about the fact that Slavic nations, which today are prominently known as the Balkans had mutually beneficial cultural and economic relations with Russia, even before the dissolution of the USSR.

In order to foster political and economic relations in the Balkans, countries like Serbia and Montenegro have continuously encouraged Russian commercial attempts to expand economic and trade ties in crucial strategic areas like energy, banking, and real estate.

Russia is now looking to strengthen its influence in the Balkans. This means the intentions of the EU and NATO are in grave danger. because Russia wants to counter Western expansion by stepping up its diplomatic efforts in the Balkans.

This is the case with Africa too, Russia looks to go lightning fast to destroy the West’s influence completely.

Russia is actively filling the void generated by the anti-US sentiments. Russia has increasingly used its historic Soviet connections to expand its political, economic, and, above all, military relations with African nations.

For years, the world had simply marched around the flag of the west. Everyone followed the US’ orders without any cross-questioning. However, now the equations are changing.

The influence of Russia has now begun to grow. The demise of Western dominance is signaled by this new foreign strategy.