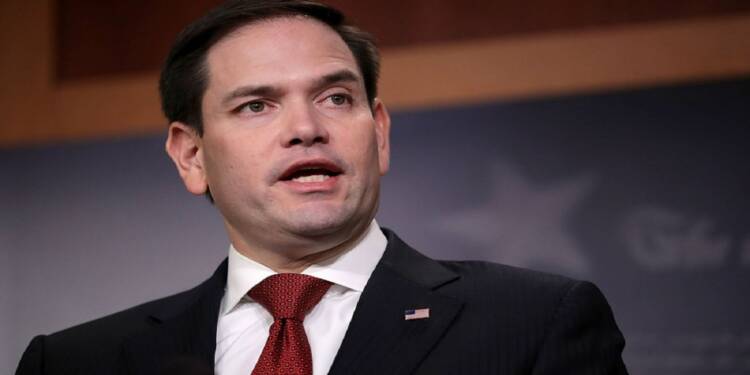 American Senator Marco Rubio who is the Vice President of the Senate Select Committee on intelligence demanded sanctions on Algeria for its purchase of weapons from Russia alleging the violation of “Countering America’s Adversaries through Sanction Act”, Rubio expressed concern on the defence partnership between Algeria and Russia. The Florida senator wrote a letter to US Secretary of State Antony Blinken stating “appropriate designation of parties whose significant purchase of Russian material enables Russia’s destabilizing actions.”

Since Russia happens to be the largest weapons supplier of Algeria, Rubio stated that more funds to Russia from any nation will enable it further to continue its military operation in Ukraine.

Unlike his predecessor, President Joe Biden is a big fan of war and conflict. The two North African nations of Morocco and Algeria are embroiled in an armed conflict over the region of Western Sahara, which is under the control of Morocco. Donald Trump managed to weaken the hostility between the two countries by recognizing Western Sahara to be a part of Morocco. But after Biden came to power the situation escalated as he wasted no time in reversing Trump’s policies. The dispute between Morocco and Algeria dates back to French colonial rule, as the borders were not designated clearly therefore the French rulers integrated two mineral-rich regions called Bechar and Tindouf with Algeria.

Now in 1975, Spain left a region called Spanish Sahara (Western Sahara) and allowed Morocco to take control of it. Algeria laid claim to it as Western Sahara can give it direct entry into the Atlantic i.e. it did not have to go through the Gibraltar Strait which is under Morocco’s control. Hence, Algeria decided to take control of Saharawi Arab Democratic Republic. Soon, Algeria was dealing with a civil war.

The foreign policy and approach of Trump with respect to Morocco-Algeria was a success as it not only resulted in the US recognizing Western Sahara as a part of Morocco but also the North African country recognising the legitimacy of Israel. It was not that Trump had a vendetta against Algeria but since Algiers has taken a pro-Iran and an anti-Israel position on the geopolitical stage, the US had to take a call. However, with Joe Biden being the president now, Morocco, which has the control of Strait of Gibraltar which provides a gateway to Europe and America, finds itself becoming the target of Biden’s attacks, which has wasted no time in demonstrating to the world his disastrous foreign policy decisions which put lives in danger and resulted in innocents getting killed.

After the complete failure of US withdrawal in Afghanistan which culminated in advanced weaponry of US military falling into the hands of the Taliban, it is not surprising to see Joe Biden make a similar mistake all over again. After all foreign policy and governance is not everyone’s cup of tea. It must not be forgotten that Biden is the same leader who in 2002 voted ‘Yes’ to Iraq War during a senate hearing when he was a senator and was the vice-president in the Obama administration which has a history of air strikes and bombings in middle-eastern countries.

Biden’s flawed foreign policy has led to the entire MENA region slipping out of his hand and fall into Russia’s lap. US’ misconception that it had control over the energy rich MENA region, and that it could use it to secure energy supplies to Europe has been shattered.

Another important international player in this conflict is America’s best friend i.e. European Union, which after imposing sanctions on Russia and facing its repercussions, is hoping to try its luck with Algeria, which is an ally of Russia. The consequences of energy crisis in the EU have been drastic as member states are suffering from record inflation and food shortage etc.

European countries which followed the advice of the Biden administration are now being criticised by their own citizens for not only cutting the supply of essential commodities from Ukraine but also sending millions of dollars to Ukraine. Just as Algeria, Morocco and Strait of Gibraltar slipped out of the hands of Biden.