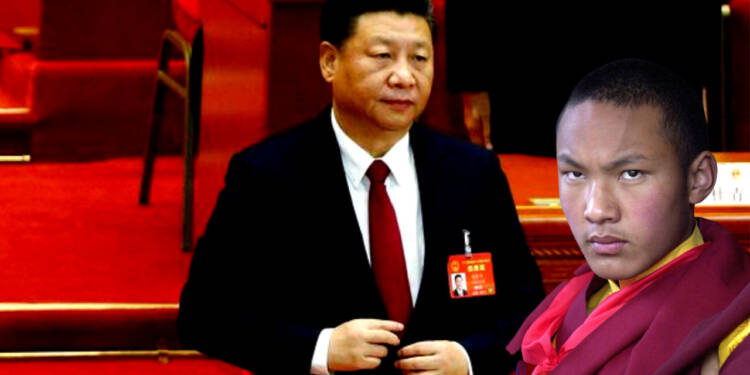 The Chinese Communist Party has had a long history of claiming territories and even acting on those claims both diplomatically and militraily. Also, the consecutive leaderships have been efficient in quashing rebellions and keeping the territories under control.

Territories like the Hong Kong SAR, Xinjiang, and Tibet have always been the breeding grounds of anti-Chinese sentiment and why shouldn’t they be? The ethinic populace is continuously scrutinized and is prone to discrimination. Understandably, the local populace would rebel against the Chinese who took their lands and undermined their cultures.

Chinese President Xi Jinping on Friday (September 16) appealed to Russia, India, and other members of the Shanghai Cooperation Organization (SCO) to cooperate with each other in order to prevent foreign powers from destabilizing their countries by inciting “color revolutions”.

Color revolutions refer to a series of uprisings that first began in former communist nations in Eastern Europe in the early 2000s, but are also used in reference to popular movements in the Middle East and Asia.

The Chinese President has in actuality asked its neighbors to maintain solidarity against the west-led revolutions to destabilize their nations. Well, Xi shouldn’t really be the brand ambassador of solidarity campaigns. China, under his rule, has been highly aggressive and has tried to capture additional territory in Ladakh in India, an attempt that destabilizes the region.

Xi seems to be worried about conditions at home amid fastly changing global dynamics. Major rebellions in Hong Kong in 2019 were indeed a shocker for the CCP. However, Hong Kong’s demography makes it very pro-China with almost 92% of the populace being Han Chinese.

Recent reports also show that China has also conducted mass DNA profiling in several towns and villages throughout Tibet and the so-called Tibetan Autonomous Region (TAR) in particular. China has a history of tracking the rebellious as well as common people of its provinces, especially the ones it claims as its own under its one-china policy. This shows the extent to which Jinping can go to suppress dissent in these territories.

Although Xinjiang and Tibet, both strategically important places for the Chinese are very volatile and most importantly, the populace seems to not really like the idea of Chinese dominance.

China has been accused of committing crimes against humanity and possibly genocide against the Uyghur population and other mostly-Muslim ethnic groups in the north-western region of Xinjiang.

Xinjiang is famously known as a prime example of a well managed dictatorial factory for decades. The CCP has long kept running the show via the means of oppression and forced labor. The area is under scrutiny owing to its unconventional demographics with around 45% Uyghur population. The Uyghurs are famously known to have Turkish lineage and that is what troubles the CCP which believes that it would be impossible for them to integrate nationalist sentiment in the muslim populace.

Many International organizations have condemned the actions of the CCP in the region and many others have even suspended trade of inventory made using the forced labor in Xinjiang.

Since 2009, hundreds of Tibetans have set themselves on fire to protest China’s ruthless policies. Due to the lack of official records and the restriction of the free press in communist China, the figures are hazy.

The Tibetan populace similarly are known to have a different lineage from the Chinese. The whole region was invaded by the Chinese in the aftermath of the second world war and has since been under Beijing’s occupation.

Tibet has been occupied and ruled by China since 1951 in “a calculated and systematic strategy aimed at the destruction of their national and cultural identities.” This has often been described by the Tibetan people and third party commentators as “a cultural genocide”. The unsuccessful Tibetan Uprising of 1959, in which Tibetans rebelled in an attempt to overthrow the Chinese government, led to the fleeing of the 14th Dalai Lama to India. He has lived in exile ever since.

The Tibetains have long fostered anti Chinese sentiment which could soon erupt against the Chinese rule and that is exactly why Xi is afraid.